A unit is a well defined physical quantity against which we compare other quantities during the process of measurement. The International System of Units, also known as the SI system specifies seven such quantities or fundamental units. The seven quantities and their respective units in the SI units system are as follows: 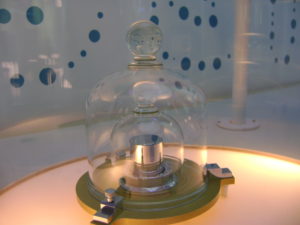 In the SI units system, kilograms or kg is the unit of mass. One kilogram is the mass of a Platinum-Iridium cylinder which is 90% Platinum and 10% Iridium. Also, it has its height equal to the diameter and both are equal to 39 mm. This cylinder is the International Prototype Kilogram.

Second is the unit of time in SI system. The time taken by 9,192,631,770 cycles of the radiation emitted by a Cesium-133 atom during its transition between two specified states is a second. It is also equal to the time taken by light to cover 299792458 m in the vacuum.

In the SI units system, the unit of temperature is Kelvin or K. 1K is the \( \frac{1}{273.16} \) th of the temperature of the triple point of water. The triple point is the point at which the three states of a substance  (solid, liquid and gas) co-exist. 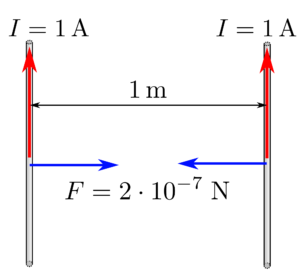 The SI unit of current is Ampere or A. The ampere is defined as that constant current which, if maintained in two straight parallel conductors of infinite length, a negligible area of cross-section, and placed one metre apart in vacuum, would produce between these conductors a force equal to 2×10−7 N/m.

Suggested Video on Measurement of Mass and Time

1. Which of the following does not have a fundamental unit:

2. The units which can neither be derived from one another nor resolved into anything more basic are called