Introduction to Similarity and Difference Between  Prokaryotic and Eukaryotic Cell

First of all, all the living things consist of cells.  In a living thing, two types of cells exist that are Eukaryotic and Prokaryotic. Most noteworthy, there is similarity and difference between prokaryotic and eukaryotic cell.

The organisms with single cell come under prokaryotes while animal and plant cells come under eukaryotes. The cells are responsible for all various activities of the living being. Cells are the structural as well as a working unit of life. 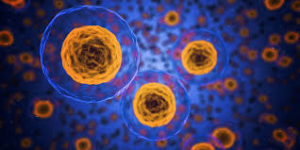 According to facts, these cells are the oldest cells. They do not have a proper nucleus. Also, organisms of single cell have these cells. These cells share four parts in common that are plasma membrane, cytoplasm, DNA and ribosomes.

Such a cell does not have any proper structure within it. Nevertheless, DNA exists in the central part of the cell.

Bacteria have a cell wall that acts as an extra layer of protection. This wall maintains shape and prevents the shortage of water.

It is a popular fact that the evolution of these cells has taken place from the prokaryotes. These cells have a membrane nucleus. They have proper structures within them.

Also, they contain a definite nucleus. Such a cell is larger in size with a true nucleus. Also, a nuclear layer encloses the chromatin bodies. Both asexual and sexual division occurs in such cells.

Furthermore, these cells are larger in size than the other type. Hence, they show better structural organization and functional efficiency than prokaryotes. Their name means true nucleus.

Organelles have special cellular functions. This is similar to the special functions of the human body have.

Similarities between Prokaryotic vs Eukaryotic Cells

The following are the similarities between these two cells:

The Difference between Prokaryotic and Eukaryotic Cell

Q. Many years ago what type of cells were the only form of life on Earth?

Ans: Millions of years ago prokaryotes were the only form of life on the earth. Afterwards, through the process of evolution, another type of cells came into existence.