As you know there are three states of matter – solids, liquids, and gases. Most objects around us are in their solid state. Everything from the chair you are seated on to the sand on the beach is solid. However, their physical appearances can vary their physical properties are similar. Let us learn a bit more.

As we have studied before we can change the physical properties of an object or element by varying its temperature and pressure, This phenomenon is known as Change of State. For example when we heat water to turn it into water vapor or freeze it to turn it into ice.

The states of matter and its stability actually depends on two opposing forces found in the atom of an element. These are the two forces responsible for the formation and stability of a solid. Let us discuss these two forces in some detail.

These two forces keep the atoms of solids closely packed in a fixed structure we call a lattice. At low temperatures the thermal energy of particles of solid matter is low. So the movement of particles is minimal, the intermolecular force is high and spaces between atoms is very less. This gives solid their basic properties. 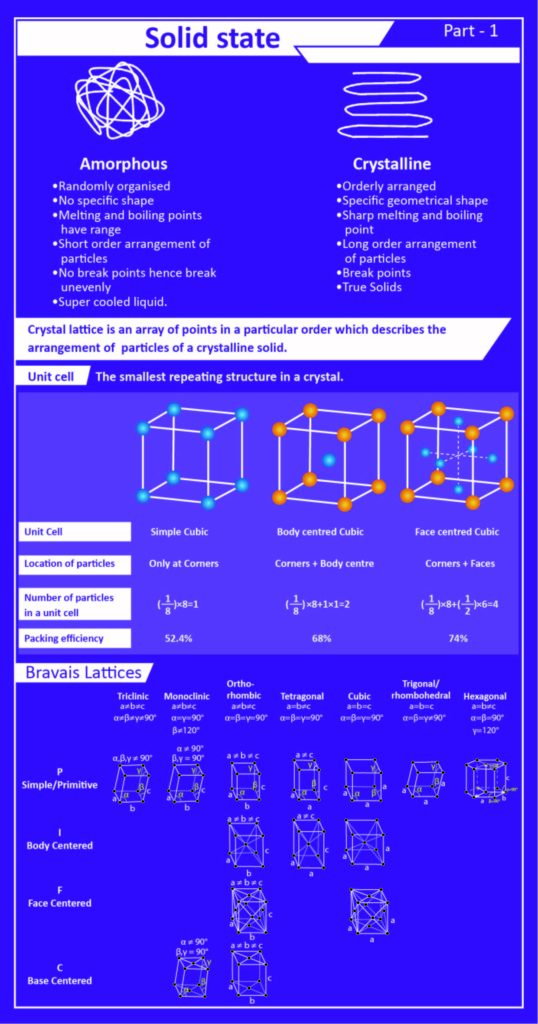 Now if you actually observe all the solid objects around you, you will notice many dissimilarities between them. Their shapes, texture, weight, size, colors etc may vary greatly. But there are a few physical properties of a solid that holds true for all solids baring a few rare exceptions. Let us take a look at few such common/general characteristics of solids.

Q: Which states of matter have no miscibility?

Ans: The correct answer is “A”. Solids do not mix with each other. This is because they have very little space between their atoms since these atoms are tightly packed in solids.