There are so many different kinds of plants all around you. And when you are eager to know more about them how do you go about doing it? Do you see each and every single plant and try to learn about it? Or can dig into biology books to know how and why plants are classified in Kingdom Plantae.

The Kingdom of Plants – Kindom Plantae! 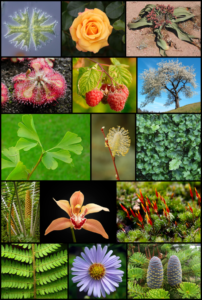 The best way to learn about plants is to first understand how the classification occurs within Kingdom Plantae. Once you know the basic stuff, it then becomes easier to know in detail about each plant.

Biologist Whittaker gave us the Five Kingdom Classification, classifying all the living organisms into five kingdoms – Protista, Monera, Fungi, Plantae, and Animalia. To know more about plants, it is essential to know more about the Kingdom Plantae or in simple words the plant kingdom.

When you enter this kingdom, all you will find is plants and plants and more plants. You will be amazed to see the different kinds of plants that are included here. You can see microscopic plants like the algae as well as the tallest trees like the Sequoia.

Some plants have the most beautiful and attractive looking structures called flowers, while some don’t have any. In some plants, you can see a proper root system, shoot system, and leaves, while in the simpler plants, it is just a thalloid structure. So, how did the early biologists classify plants? 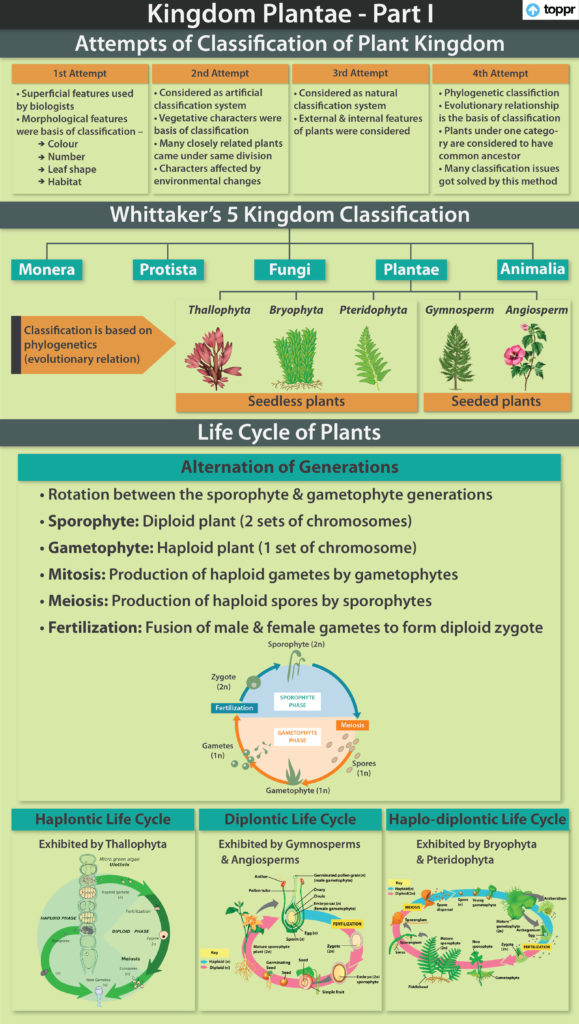 Very early on, biologists used the superficial features of plants and classified them based on these features. Some of the morphological features included colour, number, the shape of leaves as well as the habitat, etc.

Read about Plant Life Cycles and Alternation of Generations here

However, currently, the phylogenetic classification is being followed. This is based on evolutionary relationships between various organisms. This is more advanced. It is assumed that all organisms that are classified under one heading will have the same common ancestor. Thus many difficulties in classification have been overcome, by following this system.

And so, as organisms evolved various classification systems have come into being. The current system of classification that is being followed is widely accepted. According to this, the Kingdom Plantae has been divided into five major groups. They are:

Each group of plants has special and unique features that belong exclusively to that group. While the thallophytes are the simplest of the plants, the angiosperms are plants with a complex structure and a very well developed vascular system and reproductive system.

The gymnosperms are the group of plants that have an evolutionary significance. These are the first plants to have developed seeds, which is an efficient mechanism of continuing the plant generation at places away from the parent plant.

Q: What are the three types of classification?

Ans. The three types of system of classification are: