This article deals with aluminium formula. Aluminium is a silvery-white chemical element. Furthermore, it is soft, ductile, and non-magnetic in nature. The element comprises about 8% of the Earth’s crust. Moreover, it happens to be the third most abundant element and the most abundant metal in Earth’s crust. Its occurrence diminishes in the mantle of the Earth below. Also, bauxite is the chief ore of aluminium. Let us learn more about it.

Aluminium metal is so reactive that native specimens are quite rare. Aluminium is a very difficult metal to refine. This is because of the extremely rapid oxidation rate of aluminium. The element has a low density. Furthermore, the element has the ability to resist corrosion. This is due to the phenomenon of passivation. In spite of the prevalence of aluminium in the environment, no life form uses aluminium biologically.

The symbol of Aluminium happens to be Al. Furthermore, if the amount of electrons and protons happens to be equal, then the element becomes neutral. This is because the positives and negatives tend to cancel each other out.

Most noteworthy, the charge of an aluminium ion is +3. This is because aluminium atom has three valence electrons. This certainly means that there must be a removal of 3 electrons in order to satisfy the octet rule which is associated with the noble gas. So, when it loses three electrons, the ion will attain a positive charge of 3. 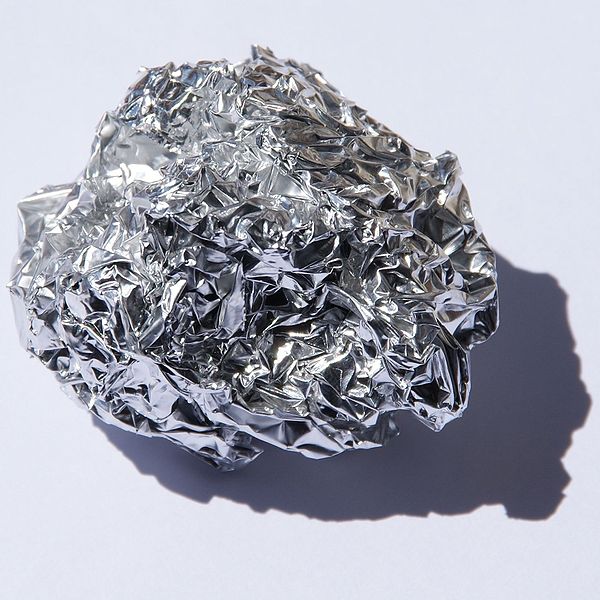 Aluminium appears as a silver or light grey powdered metal. Furthermore, this element can ignite easily. Moreover, when aluminium burns, it emits an intense flame. The appearance of aluminium uncoated powder appears as a light grey solid. Also, this element is denser than water. If aluminium comes into contact with mucous membranes, eyes, and skin, it can burn them. It may also turn out to be toxic in case someone inhales or ingests it.

Aluminium has the characteristics of both pre and post-transition metals. Furthermore, \(Al^{3+}\) happens to be small as well as a highly charged cation. Moreover, various aluminium compounds tend to go towards covalency. \(Al^{3+}\) has a strongly polarizing nature. The underlying core of the valence shell of aluminium is that of the noble gas which precedes it. This occurrence is unlike the other post-transition metals. Consequently, aluminium does not suffer the effects of incomplete valence electrons.

Aluminium has a high affinity for oxygen. Furthermore, there is a similarity between highly negative standard electrode potential of aluminium to those of lanthanum, actinium, yttrium, and scandium, which contain \(ds^{2}\) configurations of three valence electrons.

When heated, aluminium tends to react with most non-metals. Consequently, it forms compounds like aluminium sulfide, aluminium nitride, and the aluminium halides. Moreover, aluminium also forms a massive range of intermetallic compounds. Furthermore, in the presence of hot concentrated hydrochloric acid, aluminium’s reaction with water takes place along with the evolution of hydrogen.

Question- What is aluminium and its formula?

Answer- Aluminium is a silvery-white chemical element that is soft, ductile, and non-magnetic in nature. Furthermore, the symbol or  Aluminium formula happens to be Al.