Cyanide Formula is also referred to as Cyanide Ion Formula or Cyanide Anion formula. It is a conjugate base of hydrogen cyanide and is a pseudohalide anion. Moreover, it also operates as an inhibitor. In other words, it is a chemical compound that comprises of cyano groups that consist of a carbon atom which attaches to a Nitrogen atom with a triple bond. Most importantly, the chemical or molecular formula of Cyanide is written as CN−. Thus, now that we know about Cyanide Formula, let’s take a look at its properties. 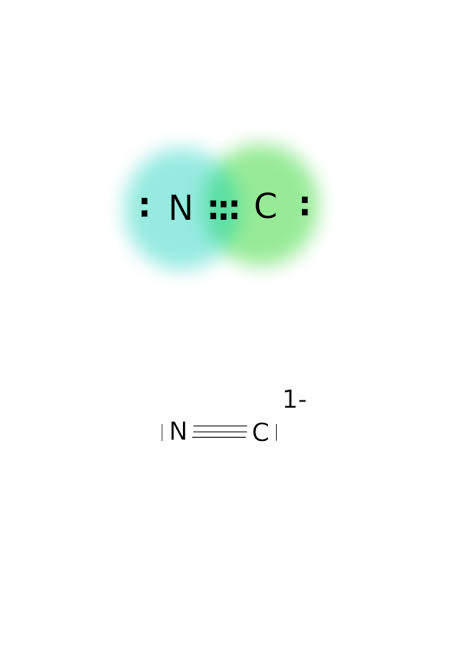 Cyanides are produced by particular bacteria, fungi as well as algae. All these are present in a number of plants. You can find Cyanide in considerable amounts in particular seeds and fruit stones, for instance, those of bitter almonds, apricots, apples, and peaches

They basically protect the plant from herbivores. Cassava roots which we also refer to as manioc is an essential potato-like food which we grow in tropical countries. It is also the base used for making tapioca, so that also contains cyanogenic glycosides.

In the mining industry, Cyanide is used for the mining of gold and silver. It basically assists in dissolving these metals and their ores. If we talk about its medical uses, it has main use in clinical chemistry for measuring urine ketone bodies mostly done as a follow-up to patients having diabetes.

Many countries also use it as a pest control agent. It also has its uses in jewellery-making and photography field. Moreover, it has also been responsible for human poisoning and has happened a lot of times in history.

Cyanide is quite toxic, however, its impact is dependant mainly on how much you are exposed to it as well as for what duration. Moreover, it also depends on whether you have inhaled it or ingested it.

All of the cyanide compounds are very toxic and even a very small amount may kill a person. Crystalline potassium cyanide resembles regular salt or sugar and is dissolvable in water. However, contrary to what movies show you, a person doesn’t die instantly after consuming it, as if you ingest it, it takes around 15 to 45 minutes to work.

Moreover, Hydrogen cyanide gas is more toxic and that can cause instant death. It basically restricts the body from distributing oxygen that results in chemical suffocation.

Question- What is the formula for Cyanide?