All elements around us display certain properties. This is largely dependent on their structure and chemical properties. In order to study and understand the various concepts of such elements in a holistic manner, it is pertinent to take a view of the structural representation of such elements and compounds. This will help us in determining the arrangement of atoms within an element. It will also enhance our understanding of elements and compounds. Let us understand the structural representation of different organic compounds. 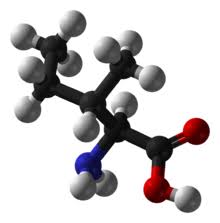 The Lewis structures can be simplified easily by representing the two – electron covalent bond by a single dash. Such a type of structural formula focuses on the electrons involved in the bond formation.

We can further abbreviate complete structural formulae by omitting some or all the dashes that represent covalent bonds. Identical repetitive units are put in parenthesis and subscripts are used to indicate their repetition. For example, we can further condense CH3CH2CH2CH2CH2CH3 to CH3(CH2)4CH3.

In a Bond line structural representation, carbon and hydrogen atoms are not shown and the lines representing carbon-carbon bonds are drawn in a zig-zag fashion. Only heteroatoms are written in bond line representation. The terminals in the bond – line structures denote methyl (CH3) groups unless indicated otherwise by a functional group, while the line junctions denote carbon atoms bonded to an appropriate number of hydrogen molecules required to satisfy the valency of the carbon atoms.

Cyclic compounds are usually represented by bond line formulae as well. It is a simple, short and convenient method of representing organic molecule. Each carbon on the line end or intersection is attached to the required number of hydrogen atoms. Thus, the terminal denotes CH3 group and an unsubstituted intersection denotes a CH2 group.

There are many organic compounds, in which carbon atoms are not joined in a chain but they are actually joined in a ring. These cyclic compounds are usually represented by polygon without showing carbon and hydrogen atoms.

Q: Discuss the concept of wedge and dash representation and sawhorse projection.

Ans: Wedge and dash projection is a means of representing a molecule (drawing). In this three types of lines come in use to represent the three-dimensional structure:

Sawhorse projection a way of representing an organic compound from a rather oblique angle to study its conformations. Therefore, it is a very efficient way of studying conformations of a compound along with its optical character. This is because it is easily convertible into Fischer projection and Newman projections. In this representation, we observe two carbon atoms bonded to each other along with the groups attached to them from an edge view unlike that in Newman projection in which we observe it from the front view.