Isn’t it funny that with the same chemical formula, two compounds can exhibit different properties? Are they twins or something? Well, no! This is about a concept known as isomerism. Let us study this concept in greater detail. We will look at its types and examples as well.

Basically, there are two types. They are:

However, these are again of many subtypes as shown in the figure:

Isomers are structural isomers when they have the same molecular formula but different structures. Structural isomerism is further of the following types. Let’s learn about these types, one-by-one.

Isomers are chain isomers when two or more compounds have the same molecular formula but differ in the branching of carbon atoms. For example, we can represent C5H12 as three compounds: CH3CH2CH2CH2CH3– pentane

Isomers are position isomers when the two or more compounds differ in the position of the functional group or substituent atoms. For example, we can represent C3H7OH in two arrangements:

Isomers are functional isomers when the two or more compounds have an identical molecular formula but differ in the functional group present. For example, we can represent C3H6O as a ketone and as an aldehyde.

This is exhibited by compounds due to the presence of different alkyl chains on either side of the functional group. For example, we can represent C4H10O as ethoxyethane (C2H5OC2H5) and methoxypropane (CH3OC3H7) 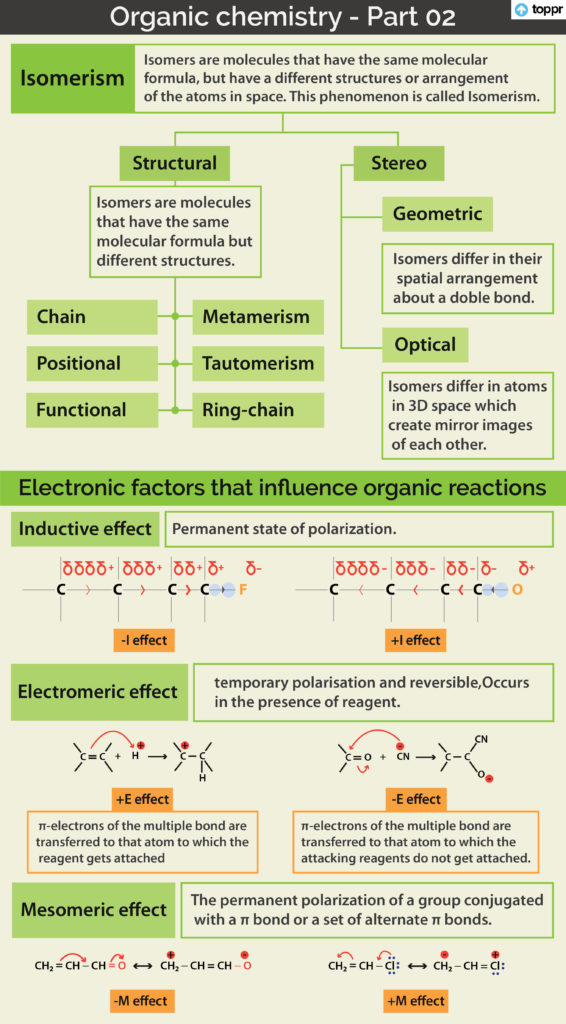 Q1: What is a chiral carbon?

Ans: If all the four valencies of carbon are satisfied by four different atoms or four different groups of atoms, then carbon is known as chiral carbon.

Q2: What is tautomerism?

Ans: It is the type of isomerism in which two functional isomers exist together in equilibrium. The two forms existing in equilibrium are called as tautomers.