Almost everything that we see these days is impure, isn’t it? The water we drink and the food we eat also need to go through levels of purification processes. Similar is the case with organic compounds. There are several methods of purification of organic compounds. Why are these important and how do we do it? Let us learn all that in this chapter!

Let us now study about these methods in brief for better understanding.

This is the most common method that we use to purify organic solids. For crystallisation, a suitable solvent is one

It is the process of separation of different components of a mixture by repeated crystallisations. In the first step, we dissolve the mixture in a solvent in which the two components have different solubilities. When we cool a hot saturated solution of this mixture, the less soluble component crystallises out first while the more soluble substance remains in solution.

Certain organic solids on heating directly change from solid to vapour state without passing through a liquid state. These substances are sublimable. This process is sublimation.

We use this process for the separation of sublimable volatile compounds from non-sublimable impurities. We use this for the purposes of purification of camphor, naphthalene, anthracene, benzoic acid, Iodine and salicylic acid etc containing non-volatile impurities. 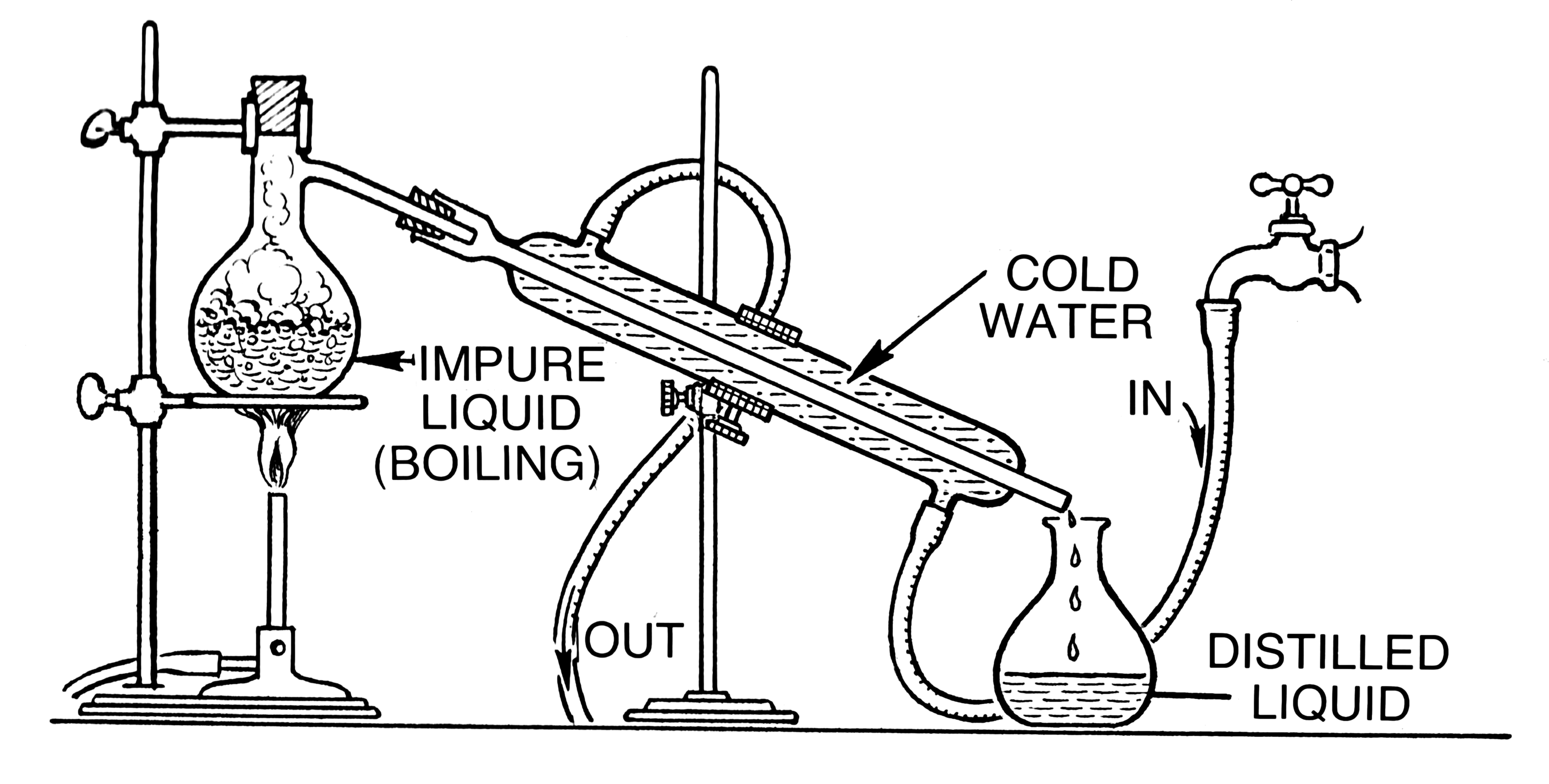 We can use this process to separate a mixture of two or more miscible liquids which have boiling points close to each other. We carry out this process by using fractionating columns. The fractionating column is a special type of long glass tube that has obstructions to the passage of the vapour upwards and that of liquid downwards. This method can separate a mixture of acetone (b. p. 330 K) and methyl alcohol (b. p. 338 K) or a mixture of benzene and toluene.

We use this method for the purification of high boiling liquids and liquids which decompose at or below their boiling points. Practical examples include the crude oil industry, sugarcane industry etc.

This method is applicable for the separation and purification of those organic compounds (solids or liquids) which:

In this method, we use the third compound in distillation. The process uses the fact that dehydrating agents like diethyl ether etc. depress the partial pressure of one of the original components. As a result, the boiling point of that component raises sufficiently and thus, the other component will distil over.

This is a modern method that we can use for the separation of mixtures into its components, purification of compounds and also test the purity of compounds. The name chromatography comes from the Greek word ‘chroma’ meaning colour and ‘graphy’ for writing because the method was first used for the separation of coloured substances found in plants. This method was described by Tswett in 1906.

The technique of chromatography uses the difference in the rates at which the components of a mixture move through a porous medium (stationary phase) under the influence of some solvent or gas (moving phase).