How did you get your name? Easy. Maybe your parents or your relatives decided. But, who gave names to the organic compounds? Why are they called what they are called? Have you ever wondered? In this chapter, we will look at the concept of nomenclature of organic compounds. We will see how these compounds get their names. Let’s begin.

In earlier days, people knew organic compounds by their common names. For example, methane was ‘marsh gas’. This is because we found it in marshy places. With the evolution of so many organic compounds and continuous addition of new compounds, dealing with trivial names became a difficulty.

Therefore, scientists introduced a proper method in order to name the organic compounds. This uniform system for naming the compounds is the IUPAC system, which is the International Union of Pure and Applied Chemistry. 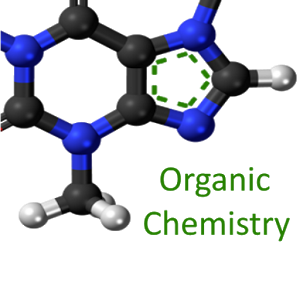 Features of the Trivial System

The name of an organic compound, when in a non-systematic manner or vernacular name is what is known as a trivial system. There are no particular set of rules for the trivial name of the compound. In this system, names are usually simple like acetic acid, toluene, and phenol etc. For example, tartaric acid is a carbolic acid that we usually find in tamarind. But in IUPAC, it is 2,3-dihydroxy-1,4-Butanedioic acid.

Drawbacks of this System

According to the IUPAC system, the nomenclature of organic compounds consists of the following parts:

The final name will be in format : Locant + Prefix + Root + Locant + Suffix. Now, we will look at some more details of nomenclature of organic compounds.

It indicates the number of carbon atoms in the longest selected carbon chain. For example, C1 is ‘Meth’ and C5 is ‘Pent’.

A suffix is generally a functional group in the molecule which follows the word root. We can divide it into:

We add the prefix to the word root while naming the compound. It indicates the presence of substituent groups or side chains in the organic molecule. It reveals the cyclic and acyclic nature of the compound.

This term denotes the named constructions based on the composition of species or substances being named, against the systems that involve structural composition or information. One among them is the generalised stoichiometric name. Substances or the elements are named with multiple prefixes in order to give the overall stoichiometry of an element or a compound.

When there are more components, then we divide them into 2 classes namely, electropositive and electronegative components. These names will sound like salt names and this does not imply the chemical nature and behaviour of those species. Examples: Sodium Chloride – NaCl, Trioxygen – O3, Phosphorous trichloride – PCl3

It is based on the approach where parent hydride is changed by replacement of hydrogen atoms with other atoms or a group of atoms. It is a system where we name the organic compounds using functional groups as the suffix or prefix to the name of the parent compound. We use this system in naming compounds derived from hydrides of specific group elements in the periodic table.

Similar to that of carbon, these elements may form rings and chains that will have many derivatives. Rules come in handy in naming the parent or main compounds and their substituents. Hydrides belonging to group 13-17 of the periodic table get the suffix – ane. For example – Borane, Phosphane, and oxidane etc. Examples: 1, 1-difluoro trisilane (SiH3.SiH2.Si.HF2), Trichlorophosphine(PCl3)

Q: Write a note on the additive nomenclature of organic compounds.

Ans: We use this method for the coordination compounds even though it has wide applications. An example for its application is pentaamminechlorocobalt (III) chloride – [CoCl(NH3)5]Cl2.

Chloride will have the prefix ‘chloro’ while ligand will have ‘chlorido’.
For example: PCl3 – trichloridophosphorus, [CoCl3 (NH3)3] – tri-ammine-trichloridocobalt.