Multiple Meaning Words: This is going to be a really interesting chapter! Homonyms, or multiple–meaning words, are words that have the same spelling and usually sound alike but have different meanings (e.g. Bark– dog bark, tree bark). Right from kindergarten, we learn to use context to determine which meaning of a multiple–meaning word is correct in a sentence. 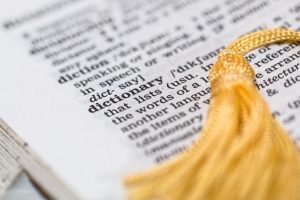 In linguistics, homonyms, broadly defined, are words which sound alike or are spelled alike but have different meanings.

Learn more about Synonyms and Antonyms here in detail.

The relationship between a set of homonyms is called homonymy. Examples of homonyms are the pair stalk (part of a plant) and stalk (follow/harass a person) and the pair left (past tense of leave) and left (opposite of right).

A distinction is sometimes made between true homonyms, which are unrelated in origins, such as skate (glide on ice) and skate (the fish), and polysemous homonyms, or polysemes, which have a shared origin, such as mouth (of a river) and mouth (of an animal).

In non-technical contexts, the term “homonym” may be used (somewhat confusingly) to refer to words that are either homographs or homophones.

The words row (propel with oars) and row (argument) and row (a linear arrangement of seating) are considered homographs, while the words read (peruse) and reed (waterside plant) would be considered homophones; under this looser definition, both groups of words represent groups of homonyms.

The adjective homonymous can additionally be used wherever two items share the same name, independent of how close they are or aren’t related in terms of their meaning or etymology.

Other such Multiple Meaning Words

A further example of a homonym, which is both a homophone and a homograph, is fluke. Fluke can mean:

These meanings represent at least three etymologically separate lexemes but share the one form, fluke. How about you go ahead and find such cool words today. It will be fun framing them in different sentences. Have fun with grammar.

1] Pick the correct homonyms for the given sentences.

Ans: Heir. The king was looking for a successor.

Q: She ____ the ball so far that it landed in the neighbour’s garden. (threw, through)

Ans: Threw. The ball was thrown by her (verb)