How do you say about the things that have not happened yet and will happen in the future? You will be interested to know the format of the sentences which talk about the future. Interesting? Let’s learn how to use tenses in the future tense.

Tenses are verbs that are used to describe the time when an action or event took place. Based on the time of occurrence, tenses are broadly classified into three types:

Each of these is described further using aspect. In English grammar, aspect is a property of verbs that communicate how an activity, occasion, or state, meant by a verb, stretches out after some time. Based on the aspect component of verbs, each tense is further divided into four types. So, there are a total of 12 tenses we can use in English grammar. 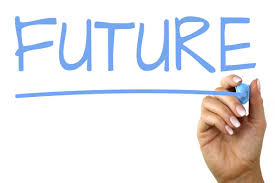 As the name suggests, this form of tense is used for sentences with a future sense. There are various ways of referring to the future in English, below are types.

There are four types of future tense:

Let us understand more about each one of them and how they can be used to refer to the future.

It can be used in affirmative, interrogative and negative sentences. Both ‘shall’ and ‘will’ can be used in simple future tense sentences, but modern English uses ‘Will’ rather than ‘shall’.

Why won’t you tell her the truth?

It will rain tomorrow.

Examples: I will be gone for an hour.

In the afternoon, I’ll still be stuck in meetings.

By October, I will be swimming like a pro.

He will be coming to the meeting.

I will have spent all my money by this time next year.

The future perfect tense is a bit complicated as compared to the two types mentioned above. It is used to refer to an action which will have been completed at some time in the future.

The future perfect is composed of two elements: the simple future of the verb “to have” (will have) + the past participle of the main verb. It can be used in the affirmative, negative and affirmative and negative of interrogative sentences.

Examples: By the time you get this letter, I will have left.

She will have arrived by lunch.

Won’t they have joined us by 7 pm?

The future perfect progressive is composed of two elements: the main verb in the present participle(base form of verb + -ing) + Auxilliary verb ‘will have been’

Other Ways of Depicting Future Tense

Apart from using the future tense form of the verbs, there are other ways of indicating or talking about events in the future.