While the future continuous tense may not be taught in detail in classes, that does not change the fact that it is used a lot by English speakers. Often, we use this tense for talking about something which is taking place at a certain point in the future. It has two different forms which are ‘will be doing’ and ‘be going to be doing’. Moreover, they are not like simple future forms, so they are generally interchangeable. Thus, this article will help you learn about this in detail so that you will be able to master this tense. After learning about this, you can sound more natural when speaking in English. 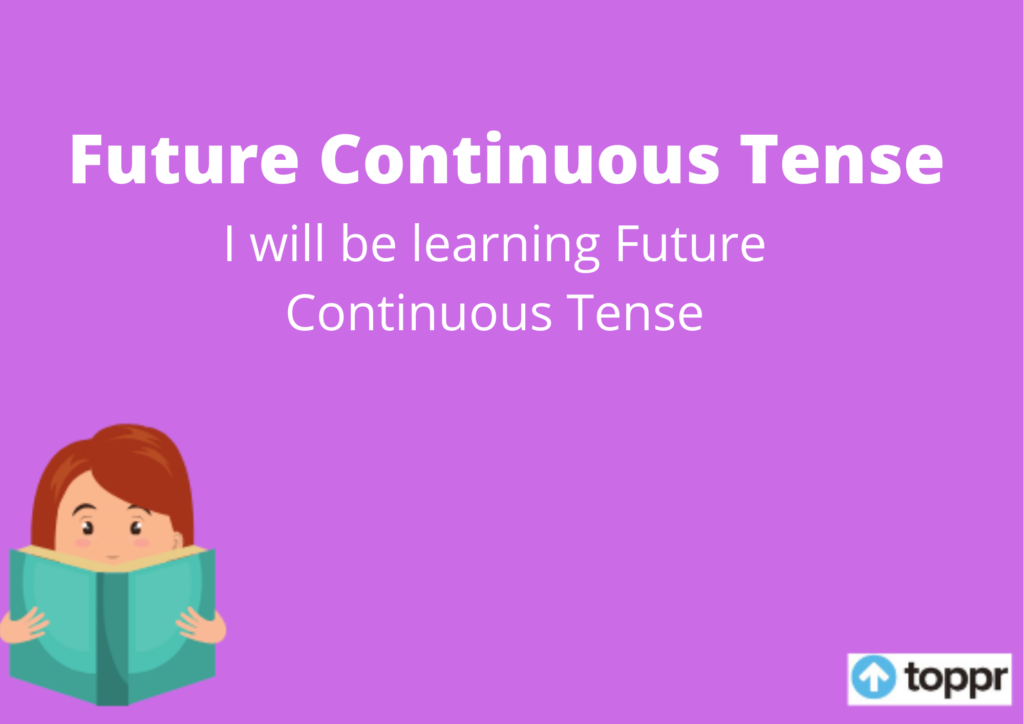 The future continuous tense refers to a verb tense which denotes that something will happen in the future and continue for an expected period of time. It is also known as the future progressive tense.

The construction for forming this tense is:

The simple future tense is a verb tense which we use when an action is expected to happen in the future and be completed. For instance, if you are going to the movies at three o’clock.

Example: I will reach at three o’clock.

I will reach is the simple future tense of the verb to reach. When we reach once; beyond that, we can’t keep on reaching. But, once we get there, we may be doing something that goes on continuously, at least for a particular period of time.

Example: At three o’clock, I will be meeting my friends to watch the movie.

Example: Tony will be running a marathon this Friday.

Example: Ted will be competing against Tony in the race.

Example: I will be watching Tony and Ted race.

Before diving in deeper, it is important to note that we use future continuous tense only with action verbs. This is because it is not possible to do them for a duration. Action verbs describe activities like walking, thinking, and smelling. On the other hand, Stative verbs describe states of existence, such as knowing, being, seeming, and more. Thus, using the will + be + present participle construction with a stative verb will sound quite odd.

Incorrect: I will be being stressed tomorrow during my physics practical.

Correct: I will be stressed tomorrow during my physics practical.

Incorrect: When the leaves fall tomorrow, summer will be seeming like a distant memory.

Correct: When the leaves fall tomorrow, summer will seem like a distant memory.

Thus, you see how only simple future tense suits stative verbs such as, to be and to seem.

Now that you are clear with what the definition of the future continuous tense is, let us learn about its uses.

Interrupted Action in the Future

Particular Time as an Interruption in the Future

Make sure to remember that in the simple future, we use a particular time to show the time an action will start or end. In the future continuous, a specific time will interrupt the action.

Parallel Actions in the Future

When we make use of the future continuous with two actions in the same sentence, it will express the idea that both actions will be happening at the same time. Thus, these actions will be parallel.

The atmosphere in the Future

In the English language, we often make use of a series of Parallel Actions for describing the atmosphere at a particular point in the future.

When I arrive at the party, everybody is going to be celebrating. Some will be singing. Others are going to be dancing. A few of them will be eating snacks, and a lot of people are going to be having drinks. They always do the same thing.

Answer 2: Option a – will be relaxing.