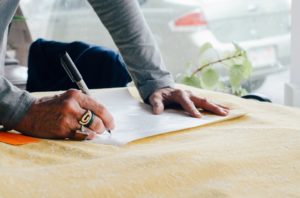 The short term purpose of the directive principles is to fix economic as well as social goals for immediate attainment. So, this is done by bringing the nonviolent social revolution.

The directive principles of state policy set forward the humanitarian approach perhaps which were the aim of the Indian social revolution. So, this includes working for an egalitarian society where no concentration of wealth is there.

In this society there is equal and plenty of opportunities for everyone. Also, these opportunities are in education, work, social justice, and livelihood.

The constitution establishes the welfare state at a federal level along with the state level. So, in a welfare state, the main duty of government is the safety of the welfare of the people.

Emphasizing the ideas of the Preamble

The directive principles in amplification, emphasizes the preamble and the goal of the state of Indian politics which is not laissez-faire. On the contrary, it is a welfare state where the state has a duty to ensure that its citizens get social and economic justice. Also, along with this, they have the dignity of the individuals.

Overview of part 4 of the Constitution

For a nation to have a democratic government, it is important to foster the development of individuals. Also, to gather the village people, article 40 was inserted which called for village panchayats. While article 50, on the other hand, provides all the information for separation of judiciary from the executive.

The concept of social justice under the constitution of India includes the diverse principles which are important for the growth and development of the personality of all citizens. Under article 38, the objective of the government is to protect and secure a social order which has social, economic, and political justice.

Also, these justices are for every person in India. Under article 41, which calls the right to education, work, and public assistance for the economically weaker section. It makes the state to grant permission to government servants who are retired as well as their dependent individuals. Also, article 43A calls for the betterment of industrial relations with workers.

Right to health and the rising levels of the nutrition of the people is given in article 47. There is also a provision of the ban on liquor in this article throughout India.

Q. Among the following, which parts of the constitution of India have the concept of welfare states included in it?

Q. Among the following options which is correct when you refer to the directive principles?