It is the movement of an object around its own axis. The motion of Earth around its own axis is the most common example. Now, what does rotation have to do with symmetry? Almost every object can rotate on its axis or on a fixed point, but is the shape same as the original after rotation? Yes, this is what we shall study in the chapter. 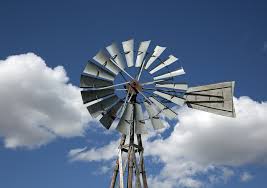 Also called as the radial symmetry, rotational symmetry finds use in many areas of Mathematics, Biology, and Physics. It can be defined as the state when the object’s shape is the same after a partial turn or any instance of rotation. The degree denotes the number of varying orientations in which the objects looks the same as it looked before rotating.

Number of Turns and Symmetry 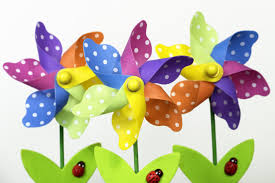 The point around which the rotation takes place is called the center of rotation. This point is fixed and the object rotates around it.

Question 1. Give a few more examples of shapes and things in nature that show rotational symmetry, apart from the once discussed in the chapter above?

Question 2 : All figures when rotated come back to its original position. The angle of rotation is

Answer : D. One complete revolution is equivalent to the circular path. Therefore the total angle is 360º.

Question 3: What do you mean by rotation?

Question 4: What is the rotation in math?

Answer: In mathematics, rotation refers to the transformation that turns a figure about a fixed point called the center of rotation. Moreover, an object and its rotation are the same shape and size; however, the figures may be turned in different directions. In addition, rotation can be counter-clockwise or clockwise.

Question 5: Which things do not change after rotation?

Answer: After completion of rotation angle measures, shapes, the position of the center, and sizes do not change.  Furthermore, rotation is a solid transformation that rotates a geometric shape in a clockwise and counter-clockwise direction around a fixed center point and given angle.

Share with friends
Previous
What is Reflection
Next
Does It Look The Same?