Coplanar lines are the lines that lie on the same plane. Prove that two lines are coplanar using the condition in vector form and Cartesian form. This lesson provides you with a solved example for you to assess your understanding based on the concepts here.

Coplanar lines are a common topic in three-dimensional geometry. In mathematical theory, we may define coplanarity as the condition where a given number of lines lie on the same plane, they are said to be coplanar.

To recall, a plane is a two-dimensional figure extending into infinity in the three-dimensional space, while we have used vector equations to represent straight lines (also referred to as lines). We shall now take a look at what condition is necessary to be fulfilled for two lines to be coplanar. 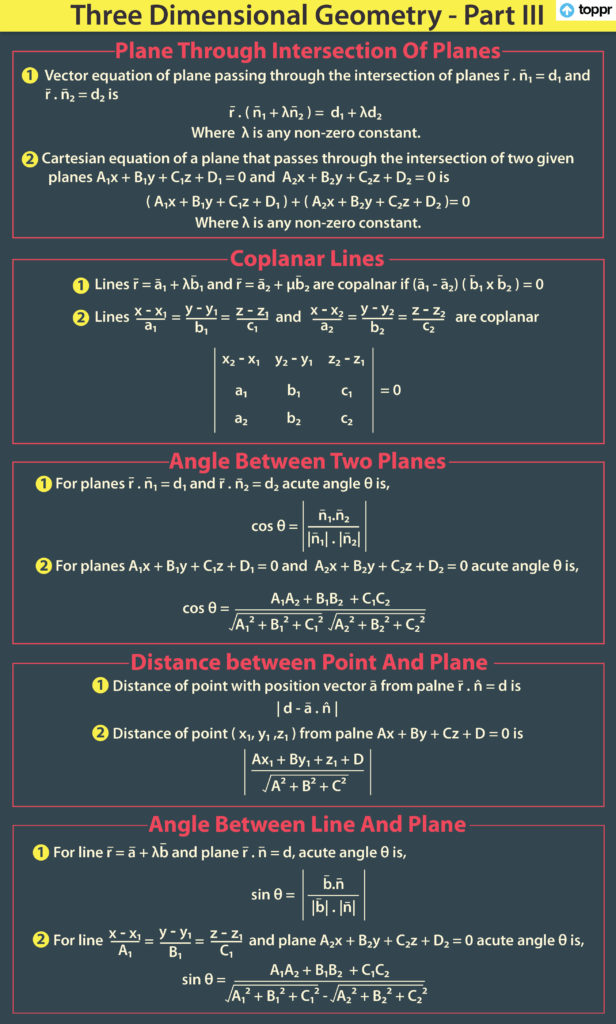 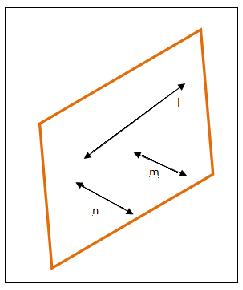 Condition for Coplanarity in Vector Form

In vector form, let us consider the equations of two straight lines to be as under:

Condition for Coplanarity in Cartesian Form

The derivation of the condition for coplanarity in Cartesian form stems from the vector form. Let us consider two points L (x1, y1, z1) & M (x2, y2, z2) in the Cartesian plane. Let there be two vectors m1 and m2. Their direction ratios are given by a1, b1, c1 and a2, b2, c2 respectively.

The vector equation of the line joining L and M can be given as:

Given below is a solved problem on how to prove that two lines are coplanar.

Solved Example for You on Coplanar Lines

Answer: Comparing the equations with the general form, we have:

So, by Cartesian form, we must solve the matrix:

Since the solution of the matrix gives us 0, we can say that the given lines are coplanar

Question 2: What is meant by coplanar?

Answer: Coplanar points refer to three or more points which all exist in the same plane. Any set of three points in space is said to be coplanar. A set of four points may be coplanar or it may not be coplanar.

Question 3: Can we say that collinear points are coplanar?

Answer: Collinear points are those whose existence takes place in the same line. Coplanar points are points that are all in the same plane. So, in case of collinear points, a person can choose one of infinite number of planes which has the line on which these points exist. As such, one can say that they are coplanar.

Question 4: How can one prove that two vectors are coplanar?

Answer: One can prove that two vectors are coplanar if they are in accordance with the following conditions: