Let us learn the basics of two-dimensional geometry with this lesson. What is a straight line? How is the angle between two lines intersecting straight lines measured? Understand the concepts, calculations and how to solve problems with the help of a solved example in this lesson.

The Angle Between Two Lines

Hence, we will now look at how the angle between two intersecting lines is calculated. The following figure will help you understand the geometric implication of this calculation better. 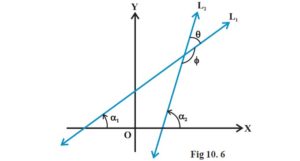 If you wish to find the angle in terms of Sin Θ, you can easily do so using the formula:

An important point to note here is that we have considered the lines to be passing through the origin. A solved problem will help you understand this better. 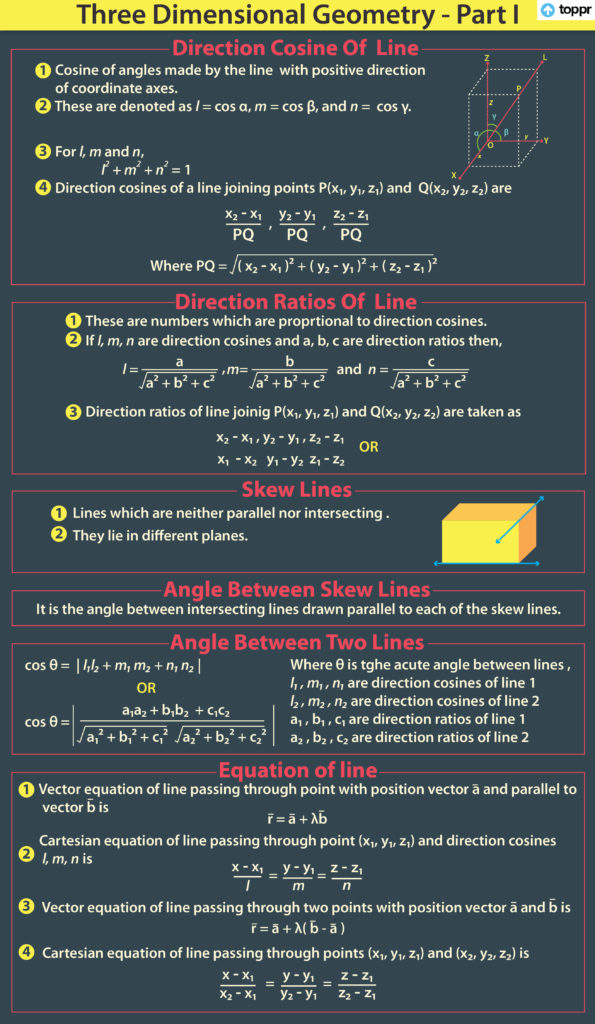 Question 1: Find the angle between the pair of lines given by:

Question 2: Explain the way of finding the angle between the two lines with regards to a triangle?

Answer: First of all, one must make use of the cosine rule. Afterwards, one must plug in the values for the sides b, c, and the angle A. After that, one must solve for side a. Then the angle value must be used along with the sine rule to deal with angle B. Finally, one can find angle C by using the knowledge that the angles of all triangles add up to 180 degrees.

Question 4: Explain the angle between the two vectors?

Answer: The angle between the two vectors can be defined as an angle between two sides of a two-dimensional triangle whose lengths are ||a||, ||b||, and ||a-b||.

Answer: The 360 degree angle is called a complete angle.