What is Atomic Structure?

What is an atomic structure? What does it look like? These are the first question that comes in the mind of students on hearing the word atomic structure. Besides, the atom is something that we can find in all the elements that we found everywhere. In addition, every living and non-living thing is composed of matter. And, every matter is made up of atom. Furthermore, every atom has an atomic structure. 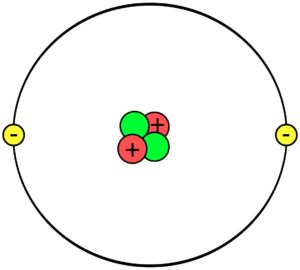 Furthermore, to understand atomic structure we first need to understand what is an atom. Atom refers to the very small particle that is not visible to naked eyes but is present everywhere. Also, an atom is the building block of everything in this entire universe.

In addition, every solid, liquid and gas is made up of atom. Moreover, without an atom, nothing can exist in the universe.

Components of the Atomic Structure

The atomic structure of an atom consists of three particles that work together to make an atom. Following are the three components of Atomic Structure –

Protons are the positively charged particles that are present inside the atom. Also, it exists in the nucleus of the cell. Furthermore, the proton is larger in shape than an electron. The charge of a proton is equal to the charge of an electron to maintain the balance in the atom.

Most noteworthy, a proton is stable in its free state and does not breakdown simultaneously. Besides, in a number of situations where the energies and temperature are high, protons are found in a free state.

Neutrons neither have a positive charge or a negative charge. Also, they are present in the center of an atom that is the nucleus. Moreover, the neutron is slightly later than protons in shape. Besides, simple hydrogen is the only element that does not have a neutron.

A neutron does not have any electrical charge and they are really dense. Its mass is approximately equal to one atomic mass unit. Besides, the number of proton in it determines the chemical property of the nucleus of an atom.

Neutrons are stable and decay very slowly. Also, neutron binds the proton and electron together in an atom. Most noteworthy, the free neutron decay very quickly as it is unstable.

Most noteworthy, the subatomic particle electrons have a negative charge on them. They exist in both free and bound form with an atom. In addition, they exist in spherical shells of various radii, representing energy level.

Electron plays a major role in many physical phenomena. Most noteworthy, this phenomenon includes magnetism, chemistry, electricity, thermal conductivity, and many others.

Question. Which among the following can move freely without attaching itself to an atom?

A. Electron
B. Proton
C. Neutron
D. All of the above

Answer. The correct answer is option A. It is one of the key properties of an electron that can exist in nature in a free state. Also, it can attach itself with an element at the time of need.

Share with friends
Previous
Essay on Soil Pollution for Students and Children
Next
How Many Lenses Are in a Compound Microscope?