In view of the coronavirus pandemic, we are making LIVE CLASSES and VIDEO CLASSES completely FREE to prevent interruption in studies
Physics > Communication Systems > Modulation and Its Necessity

If you use a radio you must have heard the terms FM and AM. Ever wondered how two radio stations have a different address on the FM scale? The radio waves travel from the radio station to your position in a different form than they actually have. This is a modulation. The need for modulation arises because of various factors. Let us see what they are!

We all know that most signals generated in everyday life are sinusoidal waveforms. Modern signals include the basic sinusoidal form signal containing important information. Modulation is the branch of science in electronics and communication systems including varying the fundamental properties of the basic signal by superimposing it with a carrier signal to carry the signal from one location to the other. This process is ‘Modulation’.

At the receiver, the base signal regenerates by removing the carrier signal and filtering the signal to remove any unwanted noise. This process is ‘Demodulation’. The most common types of Modulation include: 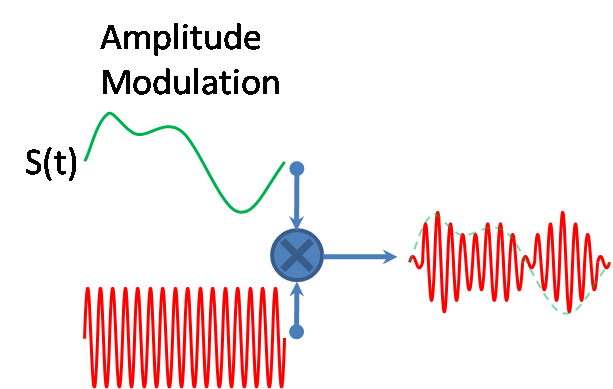 We live in an electric age where the world is connected for every person, without the need of being actually connected with the help of wires. Messages, information, and signals are sent from one part of the world to the other within minutes and seconds.

All of this is possible only with the help of signals from one device to the other from one location to another one, miles away and the quantity and dependence on these signals and their inter-conversions are humongous.

Most of the times, Modulation is used for interconversion of signals from one form to another and you will be surprised to know how often this takes place in daily life let alone the scope and huge numbers that it encompasses.

Another use of modulation in current times is its applications in Music. Modern musical instruments often use synthesizers to generate and modify signals over different frequencies, superimpose them or demodulate i.e. differentiate these frequencies to create surreal effects that many people enjoy.

Modern modulator devices or modems( short for modulator and demodulators) perform a variety of functions some of which include :

Q. The process of translating the information contained by the low baseband signal to high frequencies is