The concept of Relative Speed is central to most physics. When do we say that a body is in motion? If you are lying perfectly still on the ground, are you in motion or are you at rest? The answer is that if you change your relative position with respect to something, you are in motion. Otherwise, you are in a state of rest.

Imagine that you have a dart gun with a muzzle velocity of 45 mph. Further imagine that you are on a bus travelling along a straight highway at 55 mph and that you point the gun so that the barrel is level and pointing directly forward, toward the front of the bus. Assuming no recoil, as it leaves the muzzle of the gun, how fast is the dart travelling relative to the road? That’s right! 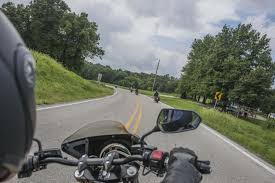 In other words, we say that the velocity of one object as measured from another object is its Relative Speed with respect to it. There are broadly two cases in the relative speed as shown below.

When the Objects are moving in the same Direction

Let us say two objects with a velocity equal to a and b with respect to the ground are moving in the same direction. Suppose you and your friend are both travelling in a train or you are on a train and she is in a car but both are travelling towards the same destination. Let your velocity be a and that of your friend be b. Then the Relative Speed of your friend as seen by you will be equal to:

a – b. This is known as the Relative Speed of a with respect to b.

When the Objects are moving in the Opposite Direction

Let us say you are going from Bombay to Pune and your friend is travelling from Pune to Bombay in opposite directions. Then we can say that the Relative Speed is as: (a + b) or the sum of the two velocities.

Example 1: A bus is travelling along a straight highway at a constant 55 mph. A person sitting at rest on the bus fires a dart gun that has a muzzle velocity of 45 mph straight backwards, (toward the back of the bus). Find the velocity of the dart, relative to the road, as it leaves the gun.

While solving any problem on the concept of speed, the relative units have to be uniform. In other words, the units throughout any calculation shall be the same. The most common units are the meter and the Kilometer. The following is the conversion between the units of distance.

We can easily make the conversions from one system of units, for example, a man covers 30 ft in ten seconds. What is his speed in meter per second?

Trick For The Speed Conversion

For example, a body is moving at a velocity of 60 km/hr. Its speed in m/s is?

Answer: If you want to change any speed from km/hr to m/s, you need to multiply the km/hr by the factor 5/18 as we just saw. So, in this case, we can write:

Share with friends
Previous
Total Probability
Next
Efficiency And Ratios

How can u solve ex 4

Many of your questions are wrong let alone solutions. These waste our precious time and cause confusion

The answer for Example 4 is wrong. The correct answer 425.6.

Which destination can have a flight every day?
How we can solve this question?