Earth science is mainly the study of its solid, water and air. We study the present and past features of the earth to understand the evolution of earth and scientists are using this knowledge to benefit mankind. The scientists observe these features and according to these features, they plane the developments and others construction and all. Earth scientists largely study about the rocks, water bodies and different types of materials. There are mainly six different topics in Earth science. Examining earth surface, water, air, the makeup of the solid earth, landform, earth history these are main topics of earth science. 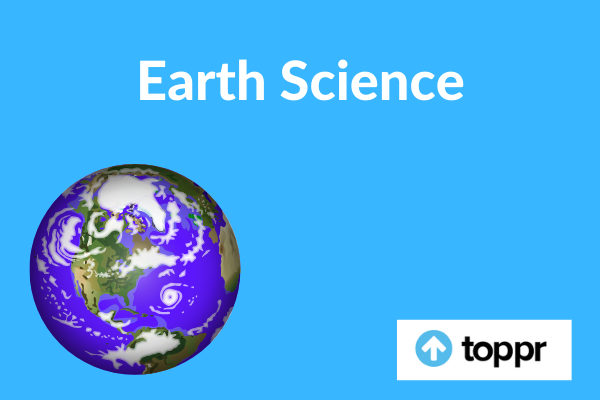 Mineralogy is a topic of Earth science which deals with the study of the physical and chemical makeup of the solid earth and also the study of its mineral. It also deals with geochemistry, structural geology and geophysics also.

Geomorphology is a topic of Earth science which deals with the study of landforms and also the present terrestrial surface.

Astrogeology is a topic of Earth science which deals with the study of the record on the moon, other planets and their satellites. This topic deals with the terrestrial features of the surface of different planets.

The Importance of Earth Science

Today’s world is full of challenges for all living beings. All the inhabitants of the earth face many challenges due to the changing of earth climate. The change in earth climate is due to human activity. Earth scientists are trying to develop new thing which can resolve these problems so that all the animals and plants can live without any problem. The study of earth science develops new technologies so that in upcoming years we can live.

Earth scientists are trying to find out a new source of energy, trying to search new sources for minerals and metals so that it can minimize the effect of climate change. The animals on the earth can survive serious threat such as volcanic activity, floods, landslides, earthquakes etc. We can solve these types of problems by understanding earth science and use its solutions to avoid these disasters.

Environmental Earth science is a combination study of environmental science and earth science. It deals with the study of physical, chemical and biological components of the environment. It also deals with their effects on all types of organisms and human. Earth is made of mostly rock and it formed billions of years ago. Seventy per cent of the earth surface is covered by water. There are different compositional zones of earth’s interior- crust, mantle, core. We also divide the earth interior into different zones as the lithosphere, asthenosphere, mesosphere, inner core, outer core.

Q.1 Why earthquakes in Alaska don’t occur at plate boundaries?

Answer: This is because there so many active tectonic plates in Alaska. Forces in one part of Alaska cause deformation in another plate.

Answer: Seismic tomography is a type of imaging method which uses seismic waves to create an image of the earth’s internal structure.

Q.4 There are so many tsunamis in pacific ocean countries. Give the reason behind it.

Answer: There are so many tsunamis in countries around the pacific ocean because of the collision between the pacific plate and plates surrounding it.

Q.5 Discuss the source of magma.