Charge transfer is the transfer of electrons that occurs when an electron relocates from an atom or molecule to a different such entity. For this, one object should have free electrons or a tendency to lose electrons and the other objects must have an affinity for the electron. 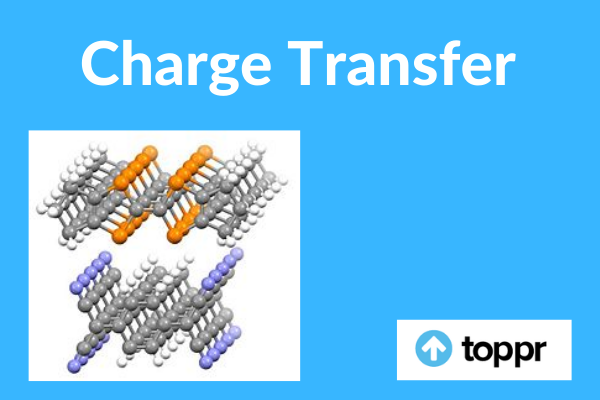 What is a Charge Transfer?

There are two methods through which charge transfer can happen between two bodies.

The conduction process involves charge transfer by touching a charged particle to a conductive material. In this manner, charges transfer from the charged material to the conductor. This method is beneficial for charging conductors.

Induction charging is a method that charges an object without actually touching the thing to another charged object.

Now, taking two spheres A and B, which are touching one another. If we place a charged up balloon near sphere A, the electrons from sphere B will move towards sphere A because of the attraction between opposite charges. Thus leaving the sphere B deficit of electrons. As a result, sphere A gets negatively charged and therefore the sphere B becomes positively charged.

Q.1. What Occurs When the charged Plastic Rod is Positioned Near the Neutral Metal Plate?