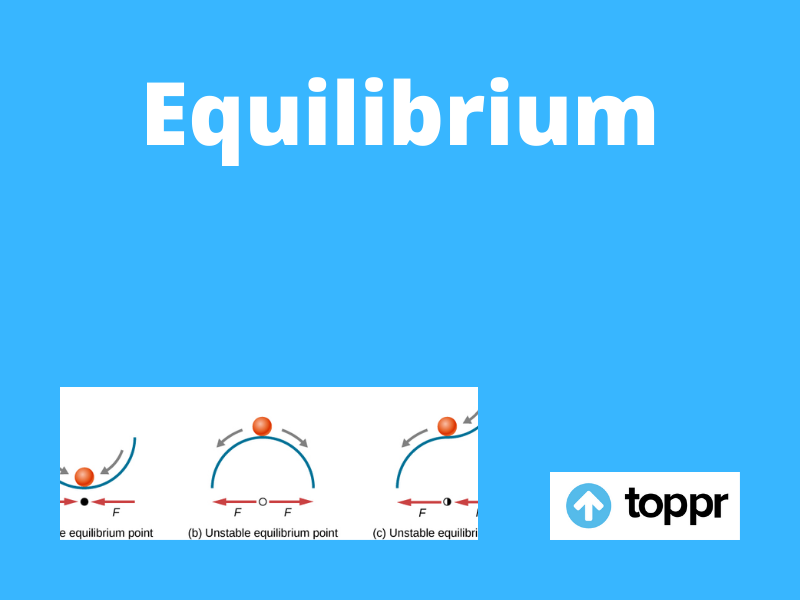 Any object shall be considered to be in a state of equilibrium if the forces that act on it are zero. Furthermore, when the object is not accelerated, equilibrium will take place. Moreover, for an object to be at rest, there must no resultant force that acts upon it accordance with Newton’s First Law of Motion.

Equilibrium will also take place when an object moves at a constant velocity. This is the uniform whose reference takes place in Newton’s First Law.

Whether considering an object is in a stationary state or moving with a constant velocity, the forces acting on it may be in multiple directions. Moreover, these forces may be acting parallel to each other.

In the cases mentioned above, one cannot sum the vectors by simply adding their sizes or magnitudes; consideration must be made for the direction must be considered. Furthermore, the addition of the vectors must take place vectorially.

How Do We Measure Equilibrium

One can analyze the state or condition of the object in terms of the various acting forces. Furthermore, the object under consideration is a point on a string. Moreover, upon this object, three forces were acting.

In case the object is at equilibrium, then there should be 0 Newton net force acting upon it. So, one would reach the 0 Newton resultant force by adding all the forces together as vectors.

In order for an object to be in a state of equilibrium, it should have no acceleration. Furthermore, the net torque and net force that acts on an object must be zero. Therefore, the first condition is a zero net force.

The expression of the first condition in the form of the equation is:

In order to attain this equation, the forces that act on each axis of the motion must turn out to be zero. Furthermore, the net external forces that are along the y-axes, as well as the x-axes, are zero. Moreover, one can write this as net FX = 0 and FY = 0.

The condition Fnet = 0 must turn out to be true for both static equilibrium. Furthermore, the dynamic equilibrium should be such that it moves at a constant velocity. Moreover, the velocity of the object should be zero.

The second condition says that there should be zero net torque acting on the object. Therefore, all the forces should balance in each direction. Also, a good example is that of a car moving at constant speed along a highway.

The mathematical expression of the second condition = Fnet = ma = 0.

Derivation of Formula of Equilibrium

Here, the idea is to the sum all the forces that acts on object and then set them equal to ma. Furthermore, the way to do it is by one component at a time. The demonstration is as follows:

Plus “body forces”. These include any forces due to magnetism, gravity, etc. Furthermore, the summarization takes place simply as \(\rho f_x dx dy\) where \(f_x\) happens to be force per unit mass

Summing all this up gives

Cleaning up terms that cancel, and then dividing them through by \(dx dy\) gives

And summing forces in the y-direction would give

Question 1: What is meant by the concept of equilibrium – physics?

Answer1: The equilibrium meaning in chemistry is certainly different from the meaning of the word in physics. In physics, it refers to a state of an object in which the forces acting on it are balanced. Moreover, these forces will balance if the leftward forces balance the rightward forces.

Another condition is that the downward forces balance the downward forces. Moreover, this does not necessarily mean that forces in question would turn out to be equal to each other.  Simply speaking, one can say that every object on the acting forces is zero shall be considered in a state of equilibrium.

Question 2: What is meant by static equilibrium?

Answer 2: Static equilibrium refers to a situation when the object is at rest and also in a state of equilibrium. Furthermore, the word “Static” refers to at rest or stationary. It is certainly different from other types.

Share with friends
Previous
Layers Of The Earth
Next
Friction