At some point, we all can assume that we have seen one or more forms of magnets. The most basic kind of magnet everyone played with is the bar magnet. In this section, we will learn and discuss magnetic poles and magnetic fields. 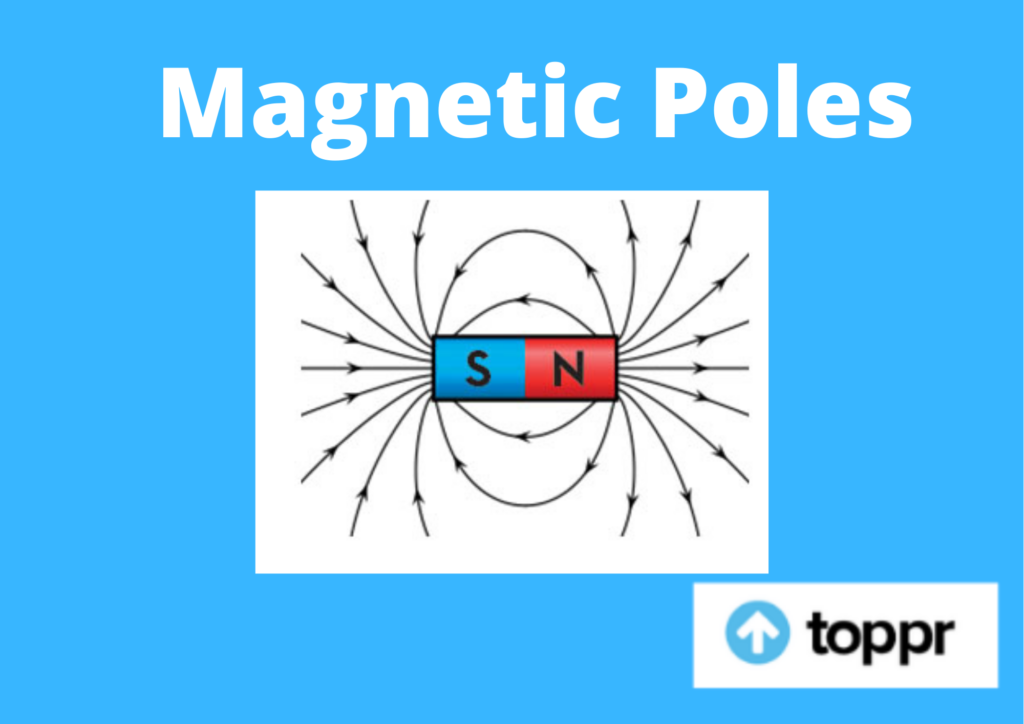 The most well-known understanding of attractive posts is that they are the situations on the Earth’s surface where the geomagnetic field is vertical. Moreover, we call these poles plunge/or dip poles, and the north and south dipoles don’t need to be (and are not currently) symmetrical opposite. Let’s learn more about magnet and magnetic poles in detail.

Any object or material that has the density to generate an amagnetic field is known as a magnet. A magnet has the ability to attract another magnet for example- iron, steel, cobalt, etc. As of today, magnets are very common and easily available because they can produce artificially in any shape and size.

Magnets can be broadly classified under two categories:

While electromagnet requires an additional source of electricity to show magnetic characteristics, they are reversible in nature. These magnets lose their magnetic properties in absence of current.

Permanent magnet retains their magnetic property regardless of any outside influence. They are primarily of 4 types:

Magnets show a few main features. These are:

Attraction – the magnets attract towards ferromagnetic substances like iron, nickel, etc, and the opposite pole of another magnet.

Repulsion – Magnets repel from the similar pole of another magnet

Directional – A magnet always points in a north-south direction when freely we suspend it freely.

We refer to this as the attraction of poles.  Similarly, if you line up the same pole of both the magnet i.e South Pole of one magnet faces the south pole of another magnet, then both the magnets will push back. We call it repulsion. In simple words, opposite poles attract each other, and the same poles repel.

Magnetic Field of a Magnet

When a charged particle is projected from an area subjected to magnetic force, there are certain points one can observe. The point to remember is that The direction can change however the starting point remains constant.

Therefore we can conclude that: 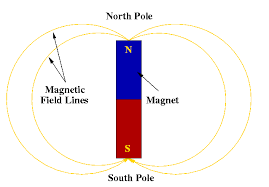 What are Magnetic Field Lines?

The magnetic field can be illustrated in two ways:

Alternately, field lines come in use to represent the information contained in a magnetic vector field. At any given position, they represent the direction of the magnetic force on a north monopole.

Question 1: What is the magnetic pole strength?

Answer 1: It is the force which a magnetic pole exerts while facing another pole.

Question 2: Can a magnetic pole shift?

Answer 2: Theoretically it will take between 1,000 and 10,000 years for the poles to completely shift their direction. However, on average, the earth is capable of shifting at a speed of 6 degrees per day.

Question 3: What happens if a magnetic pole flips?

Share with friends
Previous
Luminance
Next
Modulation And Demodulation