Have you ever noticed that some liquids like water flow very rapidly while some others like castor oil do not flow fast? Why is it so? Didn’t that question occur to you yet? Well, if it did, we have the answer to it! This is the concept of Viscosity. In this chapter, we will study all about the topic and look at the laws and examples of the same.

The liquids which flow rapidly have a low internal resistance. This is because of the weak intermolecular forces. Hence, they are less viscous or have low viscosity.

Consider a liquid flowing through a narrow tube. All parts of the liquids do not move through the tube with the same velocity. Imagine the liquid to be made up of a large number of thin cylindrical coaxial layers. The layers which are in contact with the walls of the tube are almost stationary. As we move from the wall towards the centre of the tube, the velocity of the cylindrical layers keeps on increasing till it is maximum at the centre.

This is a laminar flow. It is a type of flow with a regular gradation of velocity in going from one layer to the next. As we move from the centre towards the walls, the velocity of the layers keeps on decreasing. In other words, every layer offers some resistance or friction to the layer immediately below it. 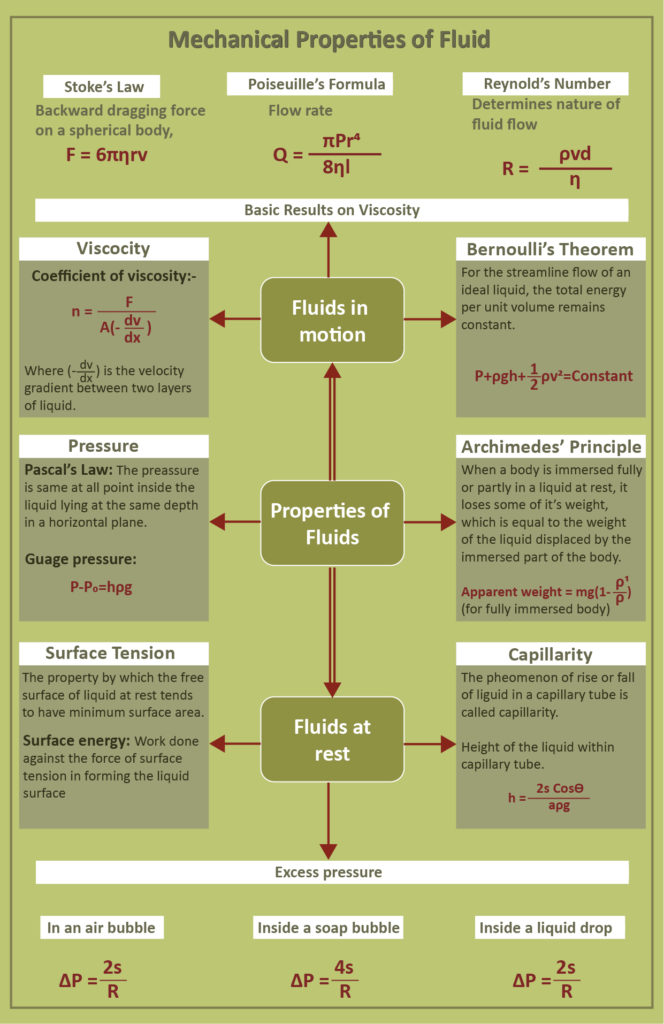 Q: The space between two large horizontal metal plates 6 cm apart, is filled with a liquid of viscosity 0.8N/m. A thin plate of surface area 0.01m2 is moved parallel to the length of the plate such that the plate is at a distance of 2m from one of the plates and 4cm from the other. If the plate moves with a constant speed of 1ms−1, then:

Solution: B) The two horizontal plates are at rest. Also, the plate in between the two plates, is moving ahead with a constant speed of 1ms−1. The layer closest to this plate will thus move with the maximum velocity.