You must have noticed that there are certain objects that you can stretch easily. Let’s say a rubber band. However, can you stretch an iron rod? Sound’s impossible right? Why? In this chapter, we will look at these properties of solids in greater detail. We will see how quantities like stress can help us guess the strength of solids.

In a solid, atoms and molecules are arranged in a way that neighbouring molecules exert a force on each other. These forces are intermolecular forces.

A body regains its original configuration (length, shape or volume) after you remove the deforming forces. This is elasticity. 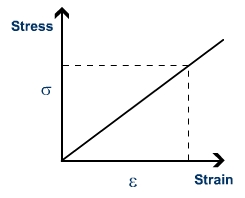 A plastic body is unable to return to its original size and shape even on removal of the deforming force.

It is the ratio of the internal force F, produced when the substance is deformed, to the area A over which this force acts. In equilibrium, this force is equal in magnitude to the externally applied force. In other words,

The SI Unit of stress is newton per square meter (Nm-2).In CGS units, stress is measured in dyne-cm-2. Dimensional formula of stress is ML-1T-2

It is the ratio of the change in size or shape to the original size or shape. It has no dimensions, it is just a number.

The maximum stress to which the body can regain its original status on the removal of the deforming force is called the elastic limit.

Hooke’s law states that, within elastic limits, the ratio of stress to the corresponding strain produced is a constant. This constant is called the modulus of elasticity. Thus, 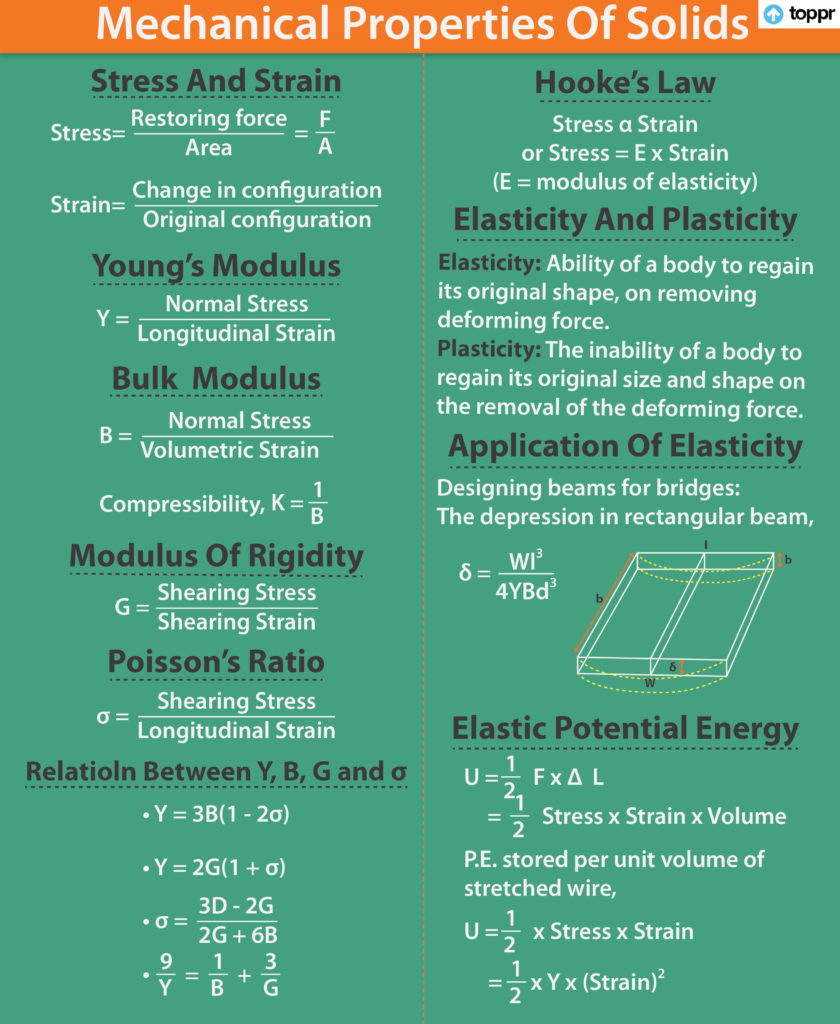 Q: A and B are two steel wires and the radius of A is twice that of B, if we stretch them by the same load, then the stress on B is: