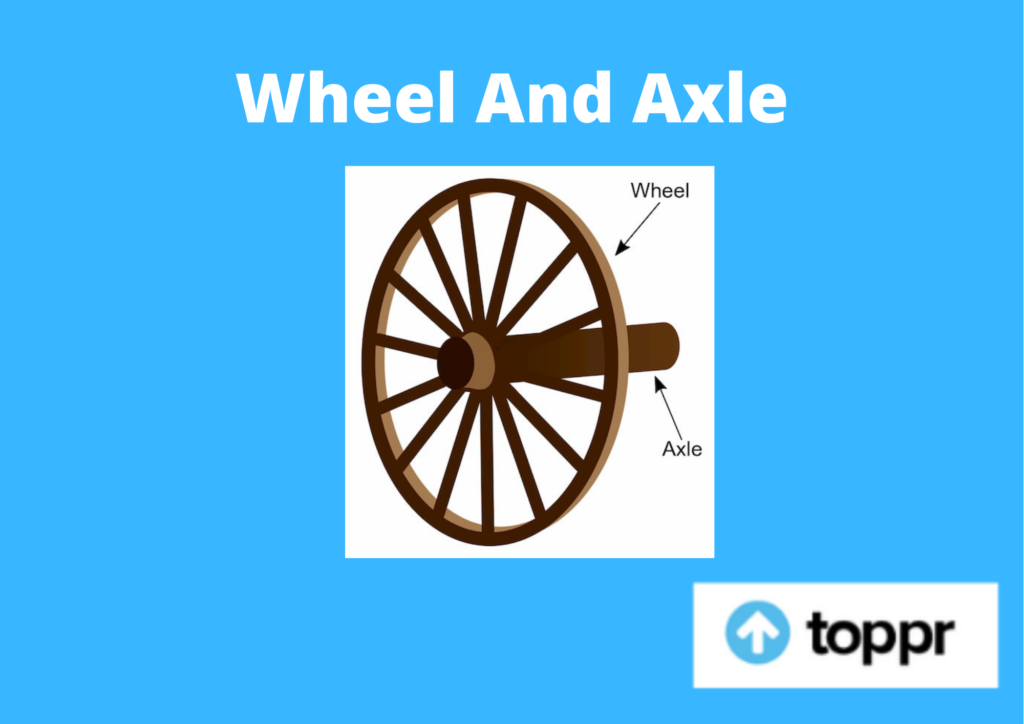 Introduction to Wheel and Axle

The machine has a wheel that is attached to an axle. They both rotate together and force gets transferred to each other. The axle is often supported by a bearing or thing that enables rotation. The little force applied magnifies large loads linked to the axle. The driving force can be applied tangentially to the wheel perimeter and load force can be applied to the axle. These two forces are balanced in a hinge known as a fulcrum.

The wheel and axle assembly is formed by two-cylinder or disks of different diameters. Both are mounted and rotate together around an axis. Hence, the thin rod that is turned is the axle and the wider object linked to the axle is a wheel.

In simple terms, as a simple machine, Wheel and Axle consist of two pivotal parts.

When a tangential force is implemented to the large disk then it gives a large force on the weight linked to the axle leading to mechanical advantage.  The wheel and axle do not store or dissipate energy.  It does not have any elasticity and friction. Hence, the output of power at the axle is equivalent to the input forced exerted on the wheel.

Some of the most common examples of Wheel and Axle include Bicycle, Ferris Wheel, Fan, Winch, Analog Clock, etc.

The Mechanical Advantage of Wheel and Axle

We all know that machines make our work easy. We also use many machines in various aspects of life. The mechanical advantage is when small energy and huge work is done by small energy. It is the force ratio that the machine generates (output) to the force which is inserted in the machine by a human being (input).the

The wheel and axle belong to six simple machines like pulley, lever, wedge, inclined plane, and screw. The simple machines are used as they provide a mechanical advantage. If we carry loads in arms then we might feel burdened as compared to carrying a load on the cart moving on the wheels.

The systems are structures similar to circle rotating for work to be performed. The force gets transferred from axle to wheel.  It is the ratio of radius to the axle to the radius of the wheel. The mechanical advantage is given by:

Where a and b are the distances from the centre of bearing to edges of axle A and wheel B.

FA is the input force that is applied to the edge of wheel A.

FB is the output force applied at the edge of the axle.

a/b is the ratio of velocities of points A and B. 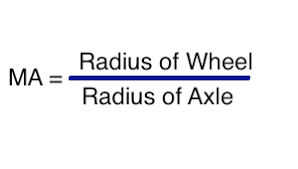 The Working Mechanism of Wheel and Axle

Wheel and Axle are categorized as a simple machine. During movement, the force of friction acts in the opposite direction to the force exerted. This enables the object to move forward with the least resistance. As the axle is attached to the wheel, it acts as a fulcrum. The friction between the axle and wheel causes displacement and thus the object begins to move.

FAQ on Wheel and Axle

Question 1: Give a few examples of Wheels and Axles?

Answer 1: Some of the most common examples of Wheels and Axles include, doorknobs, water wheel, steering wheel, etc.

Question 2: What is the principle of Wheel and Axle?

Answer 2: Principle of Wheel and Axle states that ‘when a small force is applied to the rim of a wheel, it will exert a larger force on the object attached to the axle.’

Question 3: What is the working mechanism of the Wheel and Axle?

Answer 3: Wheel and Axle are categorized as a simple machine. During movement, the force of friction acts in the opposite direction to the force exerted. This enables the object to move forward with the least resistance.