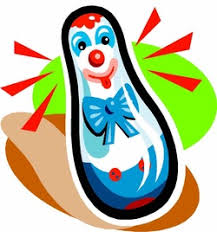 In other words, a particle’s centre of mass is the point where Newton’s law of motions applies perfectly. When force is applied to the centre of mass, the object as a system of particles moves in the direction of force without rotating. No matter what the shape of the object, the centre of mass helps understand the mechanism of force and motion of that object.

Centre of Mass for Two Particles

For a system of two particles with equal masses, CoM is the point that lies exactly in the middle of both.

From the equation D, can be taken as the mass-weighted mean of d1 and d2. Now, let us presume that the particles in the system have equal masses. Hence, m1=m2 = m, in this case,

Centre of Mass for n Particles

For a system of n particles, the centre of mass, according to its definition is:

mi here is the sum of the masses of the particles.

Centre of Mass for Three Particles at Different Positions

It is not necessary that the system of particles spoken about for the centre of mass lie on the same axis of a straight line. There may be cases when particles lie on different lines away from each other. What shall be the CoM in such case? Since these particles are not in a straight line hence there must be more than two particles.

Centre of Mass for a System of Particles Outside a Plane

As said earlier, Centre of Mass helps in calculating the mechanism of forces for complex objects, which encompass particles lying at different positions. Now, if the object has a complex shape and the system of particles rather than lying in a plane are distributed variably in such situation calculating the centre of mass depends on the position of the particles.

Here, since the particles lie in different planes we take the CoM of such particles to lie on D, E and F. So,

∑mi here is the sum of the total mass of the system of particles, while mi is the mass of ith particle and the position of respective particles is given by di,ei and fi. Using this information of position vectors we combine the above equations, to get,

Centre of Mass of Homogeneous Bodies

Homogeneous bodies are those objects which have a uniformly distributed mass around the body as a whole. A few examples for homogeneous bodies are spheres, rings etc. These rigid bodies have a regular shape and for calculating the CoM for these we keep in mind the symmetry between the particles. According to our symmetric considerations, we can assume that the CoM for these regular bodies lies at their geometric centres.

Question: Two spheres of mass M and 7M are connected by a rod whose mass is negligible, and the distance between the centres of each sphere is d. How far from the centre of the 7M sphere is the Centre of Mass for this object?

Solution: Option (A) d/8. Point C represents the centre of mass of the system.