You must have observed that a hot glass of water will get cold at some time. It happens as the heat gets lost to the environment. Hence, we can say that heat transfer is the transferring of thermal energy between two physical systems.  In case of temperature difference, the heat gets transferred from a hot system to a colder one. However, there are three types of heat transfer- convection, conduction, and radiation. In this blog, you will find details about heat transfer convection. 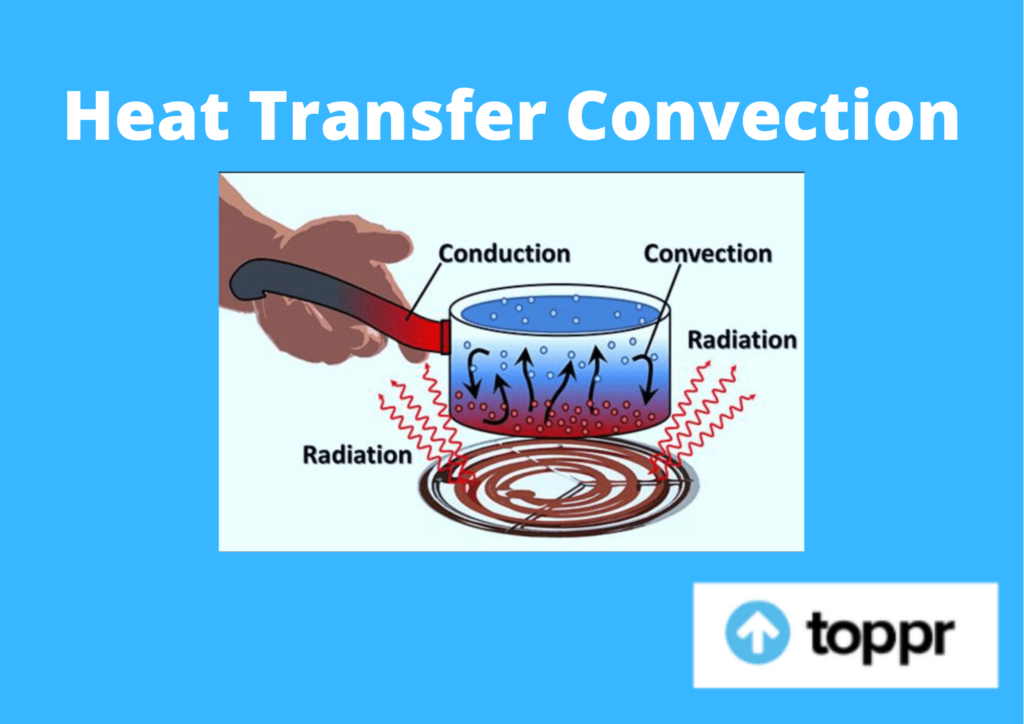 How does Heat transfer Through the Process of Convection?

The thermal expansion occurs on the heating of the fluid at the lower level. Thus, the fluid below becomes less dense and the hotter portion rises due to the process of buoyancy. The hot fluid replaces denser and colder fluid. The process repeats itself when that portion gets heated and rises. Therefore, it changes again by the colder upper layer. In this way, heat transfers via convection. The Kinds of Convection Heat

Mainly, there are two kinds of heat transfer convection that are seen during the energy release.

a) Forced Convection b) Natural convection. 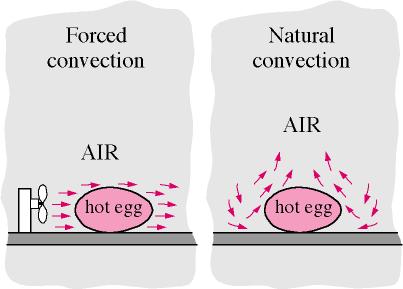 P= dq/dt is the rate at which heat gets transferred.

H is the coefficient of convection heat transfer

A is exposed surface area

T0 is the fluid temperature under convection

The easiest and most common examples of natural convection are land and sea breeze.

Sea breeze- It occurs in the day time. The sun heats both land and sea. Moreover, the sea with greater heating capacity absorbs more Sun energy but warms up slower than the land surface. Hence, the temperature above land increases and heats the air. Moreover, warm air expands as it is less dense and creates low pressure over the land near shore. The air pressure difference leads the air to flow from sea to land. Finally, we refer to the sudden wind as a sea breeze.

Land breeze- The process happens at night. The sea and land get cool. Thus, the land loses heat rapidly than water due to heat capacity difference. The sea temperature is higher that results in low air pressure. A cool breeze is known as the land breeze.

Question 1: What is the reason for the occurrence of Heat Transfer?

Question 2: What are the types of heat transfers?

Answer 2: The three types of heat transfer are:

Question 3: Why is Convection faster than Conduction?