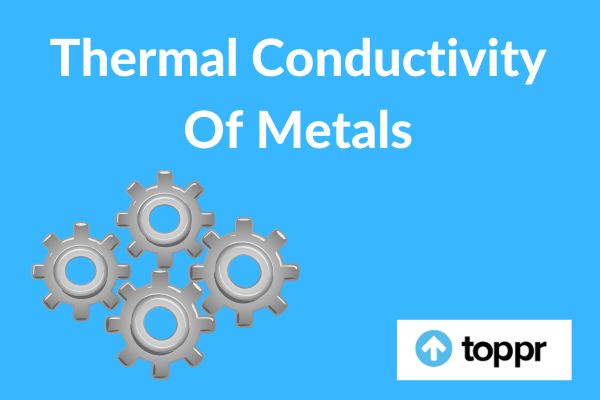 What is the Thermal Conductivity of Metals?

In the case of metals, there are a high amount of free electrons, and hence heat conduction primarily leads to electronic conduction. In metals, the free electrons can move freely throughout the solid and thus transfers the thermal energy at a very high rate as compared to insulators. Also among the metals, the simplest electrical conductors also exhibit the best thermal conductivity.

Modes of Warmth Transfer of Metals

Why Metals are Good Thermal Conductors?

What makes a metal an honest thermal conductor are the free-flowing conduction electrons. Metal atoms give out valence electrons while chemically reacting with non-metal atoms, like forming oxides and salts. Thus, metal ions are cations in a solution. What makes metals and metal alloys good conductors is that the special metallic bonding.

Metal solids have bonded atoms that share their valence electrons. This sharing of electrons creates a sea of freely moving conduction electrons which carry both heat and electrical charge. So, unlike electrons in covalent bonds, the valence electrons within a metal can freely flow through the metal lattices, efficiently carrying heat without being locked to a private atomic core.

Uses of Metals as a Conductor

FAQs about Thermal Conductivity of Metals

Q.1. What is the effect of temperature on the thermal conductivity of metals?