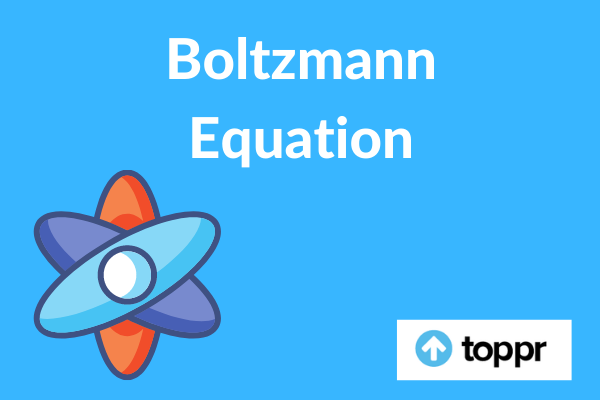 The Boltzmann equation comes up not by analyzing the individual positions and momenta of each particle in the fluid. It is rather considering a probability distribution for the position and momentum of a particle. This means the probability that the particle occupies a given very small region of space. Mathematically the volume of the element \(d^3r\) centred at the position r and has momentum nearly equal to a given momentum vector, at an instant of time.

Ludwig Boltzmann was a Physicist and a Philosopher. He made the statistical explanation of the second law of thermodynamics. He contributed to the development of statistical mechanics. Boltzmann Kinetic theory of gas was also one of the significant contributions by him.

The Boltzmann equation is used to study the statistical behaviour of the thermodynamic system which is not in a state of equilibrium.

Question: Find the temperature at which the number of hydrogen atoms is equal in the ground state when n = 1 and the second excited state is n = 3. Also, the required energy is \(E_3\) = -1.5 eV.