A convex lens is a lens that converges ray of light that is traveling parallel to its principal axis. A convex lens is relatively thick at the middle and thin at the upper and lower edges. The edges of the rays curved outward rather than inward. In this article, you will learn about the convex lens and uses of convex lens.

As the ray of light reaches the lens, the rays become parallel to each other. As soon as rays reach the glass surface, they refract according to the effective angle of incidence at that point of the lens. The curved surface of the lens results in the refraction of light rays at different degrees.

The outermost ray will refract the most. Another name of a convex lens is a converging lens or positive lens that is thicker in the middle. A convex lens converges the light rays that pass through it. In other words, the rays brought closer to each other. We will discuss the uses 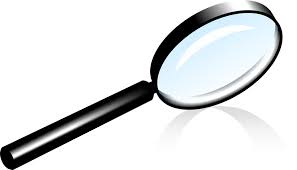 Biconvex lenses are used in the manufacture of magnifying glasses. If each surface of the lens has an equivalent radius of curvature, the lens is known as an equi-convex biconvex. If one of the surfaces of the lens is flat, the lens is plano-convex.

Some Common Uses of Convex Lens

Some of the uses of convex lens are:

The Convex Lens in Magnifying Glasses

The Convex Lens in Eyeglasses

A person can have problems like farsightedness or nearsightedness as the eye lens fails to focus the light on the retina properly. A person who is suffering from farsightedness, the image formed by the lens is far behind the retina.

In addition, this makes a person difficult to see near objects, as their lens is not capable to focus the image in a proper manner on the retina. We can cure this by using a convex lens placed in front of their eye.

Besides, the convex lens bends the light rays that reduce the length of the focal point and the light focuses on the retina in a proper manner.

The Convex Lens in Cameras

However, among the three lenses, the lens present at the end of the microscope produces an inverted and magnified image.

Q: What happens to the focal length if we want to increase the magnifying power of a telescope?

Share with friends
Previous
What is Sonication and How Does it Work?
Next
List of Discoveries of Galileo Galilei