Traditionally, India had six major industries. These were Iron and Steel, Textiles, Jute, Sugar, Cement, and Paper. Further, four new industries joined this list namely, Petrochemical, Automobile, Information Technology (IT), and Banking & Insurance. These industries are important for India’s economy. Therefore, understanding the growth of these industries can offer a good insight into the relationship between their growth and government policies.

Iron and Steel industry is one of the most important industries considering total investments. These are typically public sector plants. Further, the industry offers direct employment to around 2.5 lakh workers.

According to the World Steel Association, India is one of the world’s top 10 producers of steel. However, despite the importance of this industry, we import large quantities of steel every year. 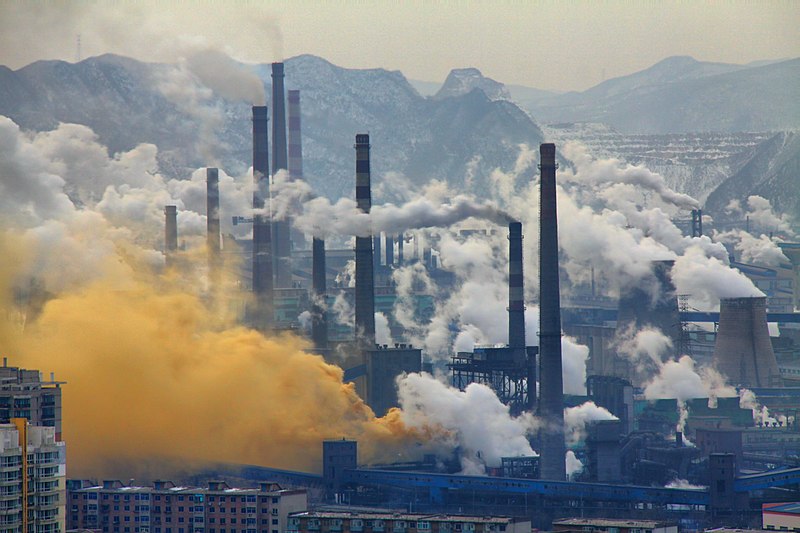 This is a complex industry with two extremes – sophisticated mechanized mills on one end and hand-weaving and hand spinning on the other.

Between the two ends lies the decentralized power loom sector. Taking all three sectors into consideration, the textile industry is the largest industry in India.

It accounts for around 20 percent of the industrial output and also provides employment to over 20 million individuals. Further, it contributes around 33 percent of the total export earnings.

The jute industry has the capacity to earn foreign exchange. India accounts for around 30 percent of the world’s jute output. Further, the jute industry provides direct employment to nearly 2.5 lakh individuals.

Learn more about Infrastructure Development in India here in detail.

India is one of the world’s largest sugar producing countries. Further, the sugar industry is India’s second-largest agro-based industry.

It employs nearly 3.25 lakh workers and creates indirect employment for around 45 million farmers of sugarcane, agencies of distributive trade, and also subsidiary industries. Also, there are around 400-500 sugar factories in India.

The cement industry employs over 2 lakh individuals. India is one of the largest cement manufacturing countries in the world too.

During the period of planned development, India’s paper industry grew at a rapid pace with the forests providing abundant raw materials for its working. In 2009-10, India produced around 49.6 lakh tonnes of paper.

However, the industry lacks modernization today. Also, the prices that the Government has fixed for various types of paper is unrealistic and does not provide reasonable returns on capital.

In the late seventies, the Government set up Indian Petrochemicals Corporation Limited (IPCL) at Baroda which offered a good thrust to the petrochemical industry.

Further, the discovery of crude oil and natural gas in the offshore region along the western coast of India added a new dimension to the possibility of expansion of petrochemicals.

As the economy liberalized, the automobile industry experienced tremendous growth. New manufacturers with state-of-the-art technology soon replaced the traditional manufacturers. The tremendous competition in this market along with regulations regarding emissions have led to an improvement in standards.

One of the latest entrants to the list, the IT industry is spreading fast in India. Further, with many US and EU firms working with contract agencies in India and China for IT software and services, outsourcing has acquired an international dimension.

This is a win-win situation since the US firms save around 58% of its costs by outsourcing work to India/China and the local economy benefits from global exposure.

In 1969, the Government of India issued an ordinance and nationalized 14 largest commercial banks which contained 85 percent of the deposits in the country.

Further, over the years, as technology advanced, the banking industry absorbed the changes with open arms. From Electronic Funds Transfer to online banking, it was a new era for the industry. Currently, in India, there are different types of banks:

According to the Seventh Schedule to the Constitution of India, the Center alone can legislate insurance. While there are many private companies who solicit insurance including foreign direct investment of up to 26 percent, the largest life insurance company in India is Government-owned.

In 2009-10, the Insurance industry was worth $41 billion in India. However, very few people are covered under Mediclaim. In comparison, in the USA, more than 75 percent of the population is covered under some insurance scheme. With private companies entering the sector, this scenario might soon change.

Q1. Which are the major industries in the Indian Economy?