An event is an occurrence that can be determined by a given level of certainty. For example, when we say that the probability of an event happening is high or low, we are stating the fact that the event may or may not happen in a given way. The ways in which an event can happen are what we call the outcomes of an event. Many of the events that you see around you can have different outcomes. Such events are known as the compound events.

P (m) = m/N. As we can see this ratio will always be less than 1. Let us see some examples that will allow us to understand the concept in detail. 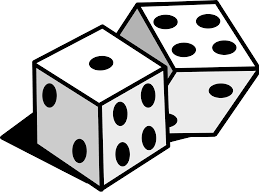 B) B is a simple event while as A is a compound event.

C) A is a compound event while B is a simple event.

Example 2: There is a basket on a basketball court. A basketball player, who never misses takes a random shot at the basket. What is the probability that the ball will go into the basket?

Answer: One might be tempted by a callous look to select the option A) but that would be incorrect. For calculating the correct value of the probability, one must realise that history of any event doesn’t determine the present probability. Moreover, since the question clearly says that the basketball player takes a random shot, the event can happen in two ways. he can either score or he can miss. So the probability of scoring or the probability that the ball will go into the basket is = (odds in favour)/(Total odds) = 1/2.

Q 1:  What is the probability that a dice with 12 faces returns a value = 9 if each face has a number starting from 0.

Q 2: A couple decides to start a family and adopt a kid. After a year, they adopt another kid. What is the probability that the first kid is a girl?