Equally Likely Events are the most common type of events that you will encounter in the IBPS PO, SO, SBI PO, Clerk and other similar exams. These are those events which are random and have thus an equal likelihood of occurrence. When the outcomes of an experiment are equally likely to happen, they are called equally likely events. Like during a coin toss you are equally likely to get heads or tails. In the following space, we will discuss such events and try to get comfortable with solving problems that are from this section. We will use the formula for the probability to solve all such examples. Let us begin!

Let us start with the example of your exam paper. In the IBPS PO, SBI PO and SO exams, the preliminary and the mains exams, you will see a lot of objective questions. For each correct answer, you will get some marks, let us say 4 marks. For each incorrect answer, one-fourth of the marks will be deducted. Consider the following example:

Example 1: Ravi is preparing for the IBPS exam. He tells his friend Shoaib that there are a 100 questions, each carrying 4 marks and 4 options. He tells him that if he chooses A) for every objective randomly, he still has high chances of qualifying. Shoaib rejects this theory. Explain if this will work or not?

Answer: This will not work. If a person has no idea of the questions that he encounters, then any option he chooses is equally likely because he chooses them at random. So for each question, there are a total possible number of 4 choices available. Out of these 4 choices, only one is correct and the probability that the option that Ravi chooses is correct = 1/4.

Of the four possible choices, 3 are wrong. So the probability that the option that Ravi has chosen is wrong will be = 3/4. Hence there is a three-fourth chance that Ravi will score exactly 0 marks. Since the probability of failure is three times the probability of success, in the exam Ravi is more likely to fail if he uses the methods that he discusses with Shoaib. 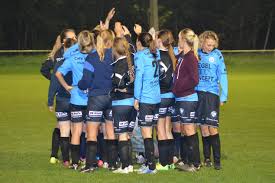 Example 2: In the roll of a die, what is the probability of getting a prime number?

Therefore, P (getting a prime) = 3/6 = 1/2. But the answer is in percentage. We can easily convert the fraction into the percentage by multiplying it by 100.

In most of the examples, you will have to use the principle of combinations or the counting principle to determine the sample set. For example, what is the sample set when we toss two fair coins simultaneously? Each coin has two possible outcomes i.e. either a head or a tail. So in total, we have four outcomes for the two coins, we are to arrange these 4 outcomes, taking two at a time. That is we have to stick each of these 4 outcomes to the 2 coins.  This is equivalent to taking the combination of 4 objects taken two at a time. That is 6 ways. So the sample set has 6 elements. Notice that you don’t even need to know the actual elements of the sample set to describe the probability of any event.

Example 3: An event can happen in 999 ways. For a trial in this event to have a probability of 99%, what is the number of favourable events?

Here the total number of possible events = 999 and the probability is 99% or .99. We have to find the number of events in favour of E. Therefore we can write:

Q 1: Form a group of 20 players, a keeper is chosen. If 5 of the players are keepers, what is the probability that the player chosen will be a keeper?

Q 2: One multiple choice question carries 10 marks in some exam. There are a total of 3 such questions. What is the probability that a candidate who is choosing the options at random will get all the answers right?