The solar system model is one of the basic things which is taught to students at the beginning level in science. Also, the solar system is the planetary system that exists at the center of our galaxy (Milky Way). 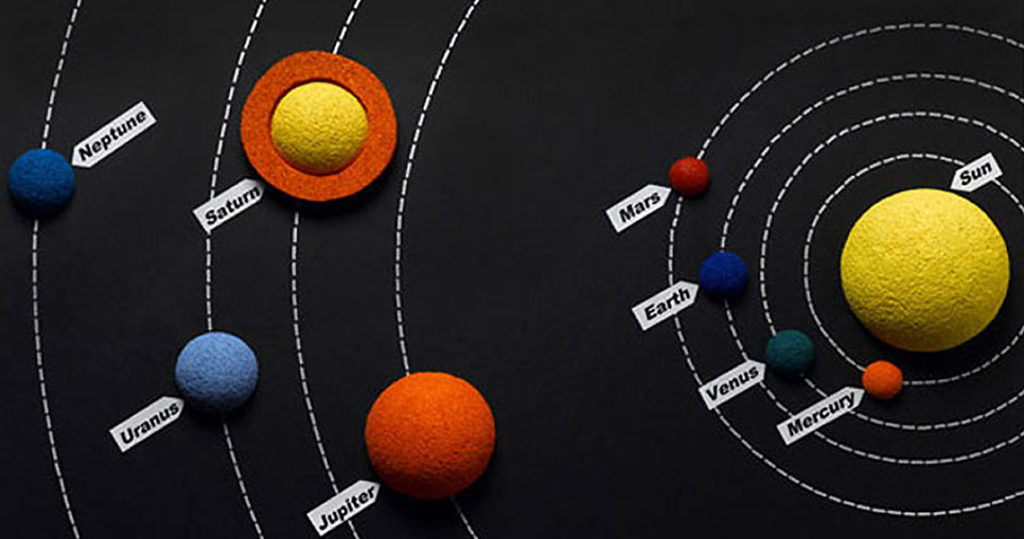 The solar system refers to the gravitationally bound system that revolves around the sun directly or indirectly. Also, the solar system consists of eight planets. Besides, we refer to these eight revolving bodies as a planet. Furthermore, the name of these planets is Mercury, Venus, Earth, Mars, Jupiter, Saturn, Uranus, and Neptune.

How to Build a Solar System Model?

Building a solar system model is not a difficult task if you can visualize it. Also, if you know inside your brain the size and position relation of the planets. Besides, building a practical model of the solar system is not possible but we can make a correctly scaled model.

Furthermore, use a different size for reference to the planet and sun. Like the sun would be around an 8- inch ball and earth would be around the size of a peppercorn. In this situation, the entire model would be around a diameter of 2.54 km. So, the question that arises is how it makes it compatible with a science project.

Lay a cardboard box in a way that the opening top side faces you. Furthermore, the inside of the box either dark blue or black. In addition, paint some stars and galaxies with white paint or with glow in the dark paint for a more realistic effect.

Out of poster board cut four rings. In addition, keep in mind that they should be big enough to make the planetary rings of Jupiter, Saturn, Uranus, and Neptune. Furthermore, cut another ring that should be large enough to fit in between the orbits of Mars and Jupiter (Asteroid belt).

Firstly, glue the planetary rings with their respective planets (Jupiter, Saturn, Uranus, and Neptune). After that, glue the sun and planets on the tips of straws. Furthermore, draw asteroids on the asteroid belt with markers.

6. Cut strong thread and set it

Cut two strong thread pieces of the length and width of the box opening. Furthermore, punch two holes with scissors in the center of the top of the box. After that, drop each end of the thread from opposite holes so that all ends fall to the same height. Lastly, tie the knot at the ceiling of the display so they do not side around.

7. Put it all together

Glue each piece of the solar system in their respective places. Also, place the sun in the center and from there move outward and place each planet. Moreover, tie the ends of the fishing line to the asteroid belt’s quarter points.

Question. Which of the following is not a planet?

Answer. The correct answer is option C. As Pluto was earlier a planet but some time ago scientists exclude it from the planetary system.