A wildlife sanctuary is a place that is reserved exclusively for use of wildlife. Thus, it includes animals, birds, reptiles, insects, and more. Moreover, it offers habitat and safe and healthy living conditions for them. Most importantly, they also keep endangered and rare animals so they can lead a peaceful life while maintaining their viable population. Hence, in order to manage the sanctuary properly, they appoint rangers and guards to patrol the area. Further, it assists in the security of animals and prevents poaching, predating, or harassing.

National parks are areas which the government exclusively designates for conserving wildlife and biodiversity because of their natural, cultural, and historical importance. Further, they inhabit millions of animals, insects, microorganisms, plants of different genes and species. This way, they get a healthy and safe environment to flourish in. In addition to conserving wildlife, natural parks offer amusement of the environmental and scenic heritage. They do this in a regulated manner which does not bring any harm just enjoyment. Moreover, they highly prohibit any kind of plantation, grazing, predating, and destruction. 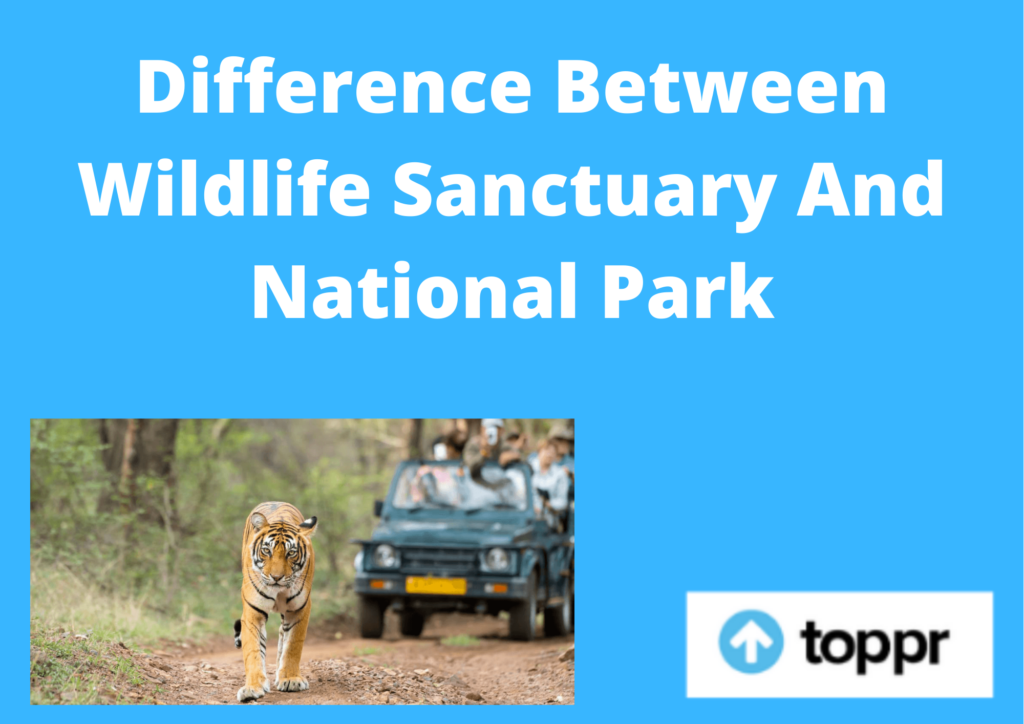 The government forms and maintains wildlife sanctuaries. Further, private organizations can also maintain them. While they are open to the public, it is essential for visitors to follow the rules.

In addition, most of them do not allow humans to leave the designated areas. Thus, it ensures the protection of the animals and ecosystems as well as the enjoyment of the visitors.

Moreover, it does not allow any kind of hunting or poaching. It is because they want no interference with the lifestyle of the animals here. In other words, they are also smaller than national parks.

National parks are also government-owned and maintained. You will notice how most of them do not allow any involvement of humans. However, some do entertain visitors but implement rigorous rules.

Moreover, national parks will cover a broader range of protection when we compare it to wildlife sanctuaries. Thus, you see how it does not merely protect wildlife but also help them to thrive in a safe environment.

Question 1: State one point of difference between a wildlife sanctuary and national park.

Question 2: Which was the world’s first national park?

Answer 2: The first national park in the world was founded in the year of 1872. It was the Yellowstone National Park.