Some of the most common confusions people face are between breathing and respiration. To understand it simply, you can say breathing involves exchanging gases. While respiration is a biochemical process. Similarly, we will study the difference between inhalation and exhalation. Thus, inhalation is when we take in air containing oxygen. Further, exhalation is when we give out air rich in carbon dioxide. They are the basic process of breathing.

We refer to inhalation as ‘breathing in’. It is a major part of the breathing cycle. Moreover, it is an essential process for all humans. Further, the process is autonomic and doesn’t really require any conscious control.

Nonetheless, one can control or interrupt it consciously within limits. Inhalation allows oxygen to enter the lungs so that it gets absorbed into the bloodstream. The process of inhalation is shorter than exhalation.

We refer to exhalation as ‘breathing out’. Thus, you see that it is the opposite of inhalation. In this movement, the air from the lungs moves out of the airways into the external environment.

Difference between Inhalation And Exhalation 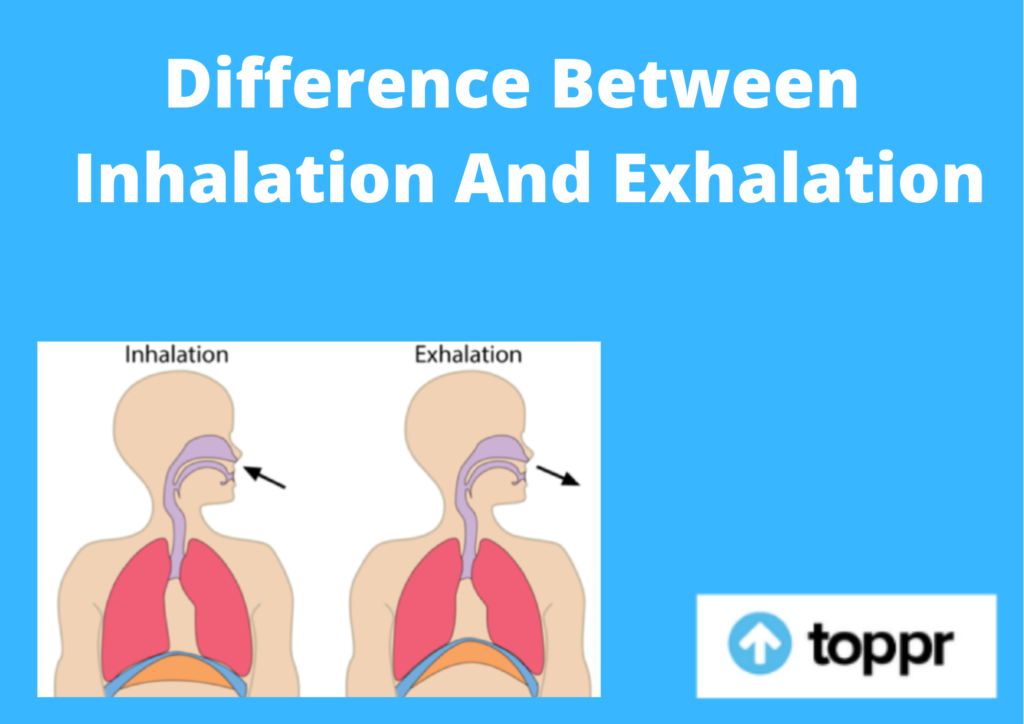 Important Difference between Inhalation And Exhalation

FAQs about Difference Between Inhalation And Exhalation

Question 1: What kind of process is an inhalation process?

Question 2: What is the difference between inhalation and exhalation.