Chlorophyll is an essential plant molecule. Further, it also plays a major role to mix and arrange the food of the plant during the process of photosynthesis. Moreover, it mostly absorbs in blue and red portions of the electromagnetic spectrum, thus it reflects green colour.

Chlorophyll helps the green plants to grow healthy and green. Moreover, it also helps them gain energy. Most importantly, chlorophyll is light-absorbing pigment.

Chloroplasts are plant membranes or organelles. Further, they are situated in the plant cells and other organisms which make use of photosynthesis to make their own food. Thus, they conduct the process of photosynthesis.

Similar to chlorophyll, the chloroplast is also green in colour. It is because of the use of chlorophyll and the presence of the membranes. They are found in the leaves of the plants. You will find hundreds of thousands of chloroplasts in every square millimetre of a plant leaf.

Difference between Chlorophyll And Chloroplast 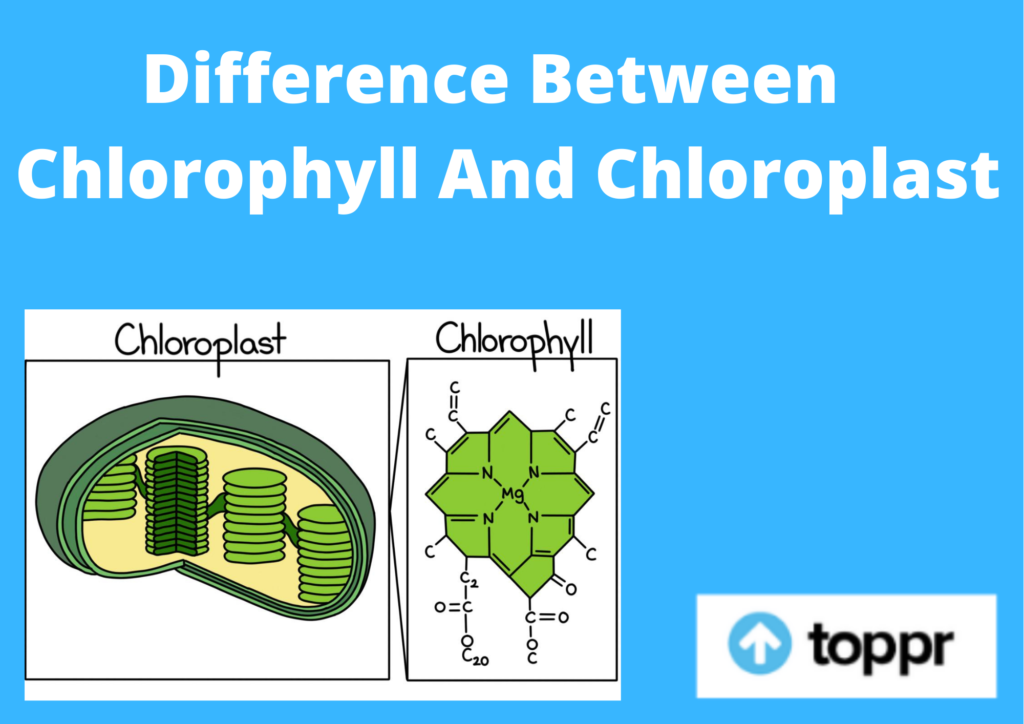 Important Difference between Chlorophyll And Chloroplast

FAQs about Difference Between Chlorophyll And Chloroplast

Question 1: What is the difference between chlorophyll and chloroplast?

Answer 1: The difference between chlorophyll and chloroplast is that the former has no DNA while the latter contains their own organelle DNA.

Question 2:What is chlorophyll responsible for?

Answer 2: Chlorophyll is responsible for plants to grow healthy and green.