Salt is one of the most common ingredients used in almost all the food items. You consume salt every day. This is why its called “common salt’. But what is the science behind this ingredient? How is salt formed? What are the different kinds of salts? Let’s find out more about salts. 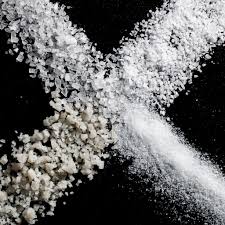 Salts are ionic compounds that contain two groups of positively charged ions (H+) and negatively charged ions (OH-). In chemistry, salt is produced when acids and bases are combined together in equal proportions. Whereas naturally, salt is found in sea water. The process where acids and bases neutralize each other to form salt and water is known as neutralization. The chemical formula of common salt is NaCl. NaCl stands for Sodium Chloride. Salt has many uses. For e.g. salt is used for cooking, salt is used during the production of toothpaste, plastic, soaps, bleaches, etc. The pH of salt is 7 which means that it is neutral in nature i.e. it is neither acidic nor basic.

The following are the different kinds of salt :

Normal salts are electrically neutral. They are formed when acids and bases neutralize, and these salts don’t have replaceable hydrogen or hydroxyl in their formula. Metallic ions replace the hydrogen ions completely.  For e.g. NaCl, KNO3, CuSO4 etc.

Salt formed due to partial replacement of hydroxy radicals of a diacidic base or a triacidic base with an acid radical. This kind of acid consists of hydroxyl, metallic cation and anion of an acid.  For e.g. basic Zinc chloride, basic magnesium chloride, ZnOHCL etc.

If a polybasic acid is neutralized partly by a base, the salt formed is acidic. In other words, such salt is produced by the replacement of only a part of the acidic hydrogen of the polybasic acid by a metal.  For e.g. NaHSO4,  NaHS, NaHCO3 etc.

Double salts have more than one cation or anion. They’re a crystalline salt having the composition of a mixture of two simple salts but with a different crystal structure from either. For e.g. bromlite, potassium sodium tartrate, aluminium sulfacetate etc.

A mixed salt is a salt made from more than one base or acid.  For e.g. sodium potassium sulphate, bleaching powder etc.

Salt formed due to combining a saturated solution of simple salts followed by crystallization of the solution similar to double salts. For e.g. Sodium silver cyanide, potassium mercuric iodide etc.

Solved Example for You :

Q: What kind of salt consists of a fixed proportion of two salts?

Ans: The correct option is ‘a’. Mixed salt consists of a fixed proportion of two salts, often sharing either a common cation or common anion.

Q: How to determine whether the substance is acidic, basic, or neutral?