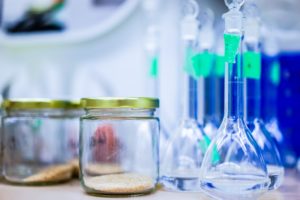 Now we explore the chemical properties of acids and bases. Let us get started with acids,

What are the basic properties of Acids and Bases and How to Classify Acids?

In the chemical properties of acids and bases, we now focus on bases.

Q: What happens when you mix an acid and a base?

Ans: The process of neutralization takes places. Neutralization is a process where salt and water is formed due to the combination of acid and base.

Q: Are all bases alkaline in nature? Justify your answer.