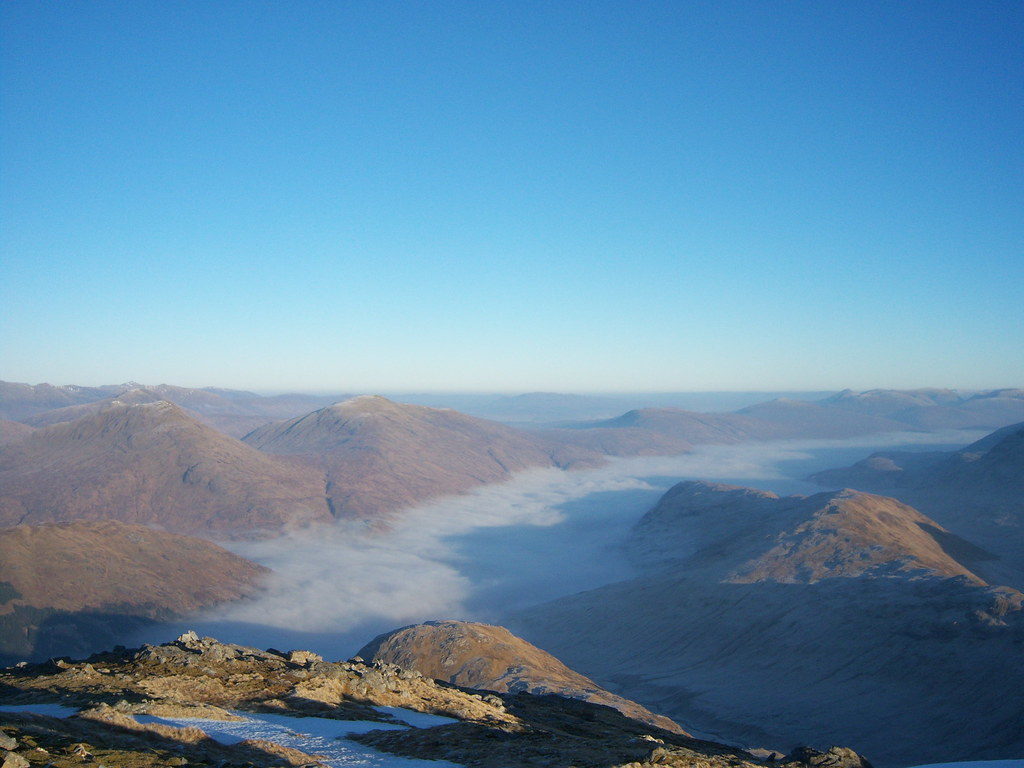 It refers to the condition where the cool layer of air is overridden by the warm layer of air above. Also, it is the contradictory situation of the normal situation.

Furthermore, this phenomenon of temperature inversion happens in mountain areas during the winter season. Also, in the long nights of the winter due to high pressure the cold air of the mountains seeps down the valley floor and the warm air rise up.

Moreover, this gives rise to temperature inversion when the layer of warm and cold air forms.

1. Frontal temperature inversion- This happens when the warm and cold fronts meet, Then the warm front rise up and being heavier the cold front sinks down. Therefore, a series of layer forms.

Furthermore, it often takes place in the temperate zone and causes anti-cyclonic conditions which result in the precipitation in different forms.

Moreover, this frontal or cyclonic inversion is caused in the temperate zones due to temperate cyclones that form due to convergence of warm westerlies and cold polar winds of the northern hemisphere.

2. Vertical advection- It happens at valleys as there the air gets heated and rises resulting in colder air from the above to sink to the bottom like a slope then a temperature inversion form.

Moreover, valley inversion happens in the mountain valleys due to the vertical movement of air and radiation. Besides, we refer it as the vertical advection inversion of temperature.

3. Radiation Inversion- At day time the sun heats the earth surface and air near it. In addition, at night, the ground air near it cool down faster than the air present high up, creating a temperature inversion.

Besides, we also know it as non-advection inversion because it happens in the static atmospheric conditions. Furthermore, up there is no horizontal or vertical movement of air.

4. Subsidence Inversion- This inversion also relates to anti-cyclones. Moreover, this kind of inversion results when the upper layer of air moves down during an initial anti-cyclone.

It determines the precipitation, clouds forms, and also cause frost due to condensation of warm air due to its cooling. Also, it cause the stability of the atmosphere that stops the downward and upward movement of air.

Furthermore, temperature inversion effects diurnal variations. Moreover, it limits the diffusion of air pollutant and hence stagnation in weather is witnessed for some period. Also, convection clouds can’t high upwards so there are less rainfall and no showers. So, it causes a problem for agriculture productivity.

Besides, they also disturb the radio signals which gets reflected from the layer above cold air. Most noteworthy, if the temperature inversion is broken then it can cause a violent thunderstorm.

Due to the formation of cumulus clouds sometimes sunlight is unable to reach the ground.

Question. What is the movement of air in temperature inversion?