We all know that there are different types of clouds in the sky. Further, it is also known that the various types of clouds are made of different components and also bring different types of weather. Though the process is the same as the formation, their appearance is completely different from the ground. This difference arises from the altitude of their formation and the general conditions of the atmosphere. When you go outside on and notice that it is sunny with only white, delicate and streaky clouds in the sky, they are cirrus clouds. 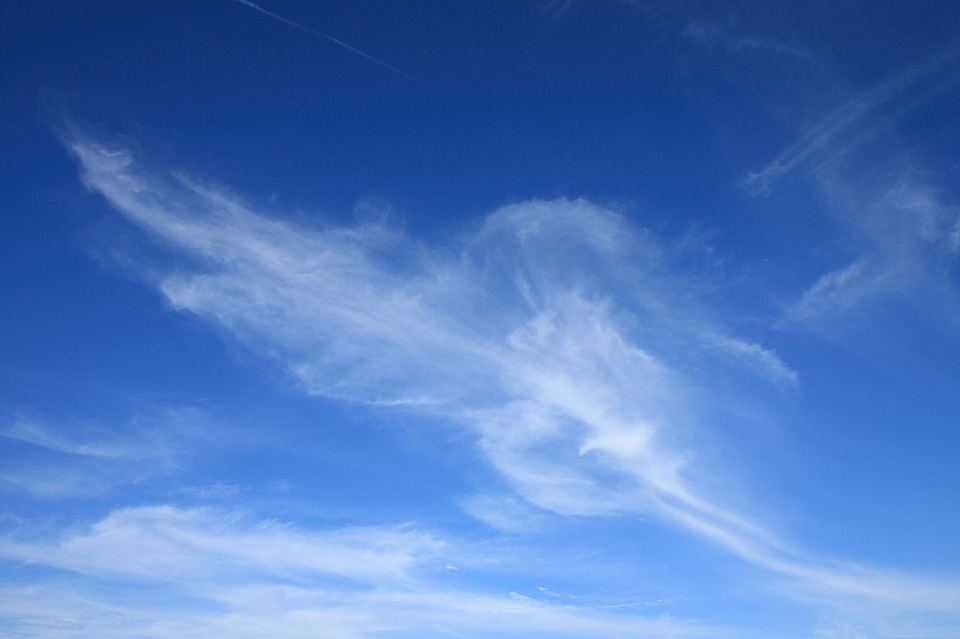 Cirrus clouds are very thing clouds that are composed of ice crystals. Their formation takes place quite high in the sky. You can say they are the highest clouds. The reason for their formation from ice crystals is because the temperature and at the height at which they form is around 36 degrees below zero.

You must have noticed that these clouds look really thin and wispy. It almost like someone painted a white-colored stroke on a blue canvas. The reason for this is that wind blows around 100 to 150 miles per hour where they form. Furthermore, their speed is also the fastest because no cloud comes close to moving as fast as these.

There are contrasting characteristics when we look at cirrus clouds and cumulus clouds. The first difference is easily the appearance. Cirrus clouds are fine and veil-like while the cumulus ones are dense, fluffy and look amassed.

For instance, when we make out shapes of clouds, we usually do them with cumulus clouds. Similarly, if one were to look past these fluffy clouds, they will find thin layers of clouds. Those will be the cirrus ones.

Furthermore, you see that cirrus clouds are not defined so they are hard to spot but cumulus ones are dense so we can easily find them anywhere in the sky.

Moreover, the cirrus clouds are found in the upper troposphere while the cumulus ones are found quite close to the ground. Further, when you look at their names, you will identify the difference yourself easily.

Formation of these Two Clouds

We all know that clouds form from condensed water. However, when we talk about the cirrus clouds, they form from ice crystals. This is so because the region in which they form is around -60 degrees Celsius so water freezes.

As these ice crystals are in the upper troposphere, they ride on the high winds. This is the reason why cirrus clouds disappear soon and don’t get very dense.

On the other hand, the water droplets forming cumulus clouds may also be frozen but are mostly found in a liquid state. Due to high humidity, the moisture rises on warm air currents which create layers.

Subsequently, the tops of the cloud gradually reach higher, even in the lower stratosphere. Similarly, when these large clouds mature, the collision of water and ice happens which produces an electrical charge resulting in thunder and lightning.

Answer– The correct answer is option C. Cirrus clouds look thin and veil-like. They are very wispy and disappear very soon due to winds.

Share with friends
Previous
Clouds - Definition, Types, and How are Clouds Formed in 6 Steps
Next
Water Pollutants - Lists, Effects, Examples