Why everything tastes so differently? Why lemon is tangy and mango is sweet? This is because of different percentage of acids, bases, and salts in their chemical composition. Let’s learn how these can be characterized, understanding the concepts by Arrhenius, Bronsted-Lowry and Lewis etc.

Salt is a neutral substance whose aqueous solution does not affect litmus. According to Faraday: acids, bases, and salts are termed as electrolytes. Further, Liebig proposed that acids are compounds which contain hydrogen that can be replaced by metals.

Acidity is a characteristic property of acids. Acidic substances are usually very sour. Apart from hydrochloric acid, there are many other types of acids around us. Citrus fruits like lemons and oranges contain citric and ascorbic acids while tamarind paste contains tartaric acid.

In fact, the word ‘acid’ and ‘acidity’ are derived from the Latin word ‘acidus’ which means sour. If you dip a blue litmus paper into an acid, it will turn red while a red litmus paper will not change colour. Acids also liberate dihydrogen when they react with some metals.

Bases turn red litmus paper blue while the blue litmus paper stays blue. They taste bitter and also feel soapy. Some other common examples of bases include sodium bicarbonate that is used in cooking and household bleach. 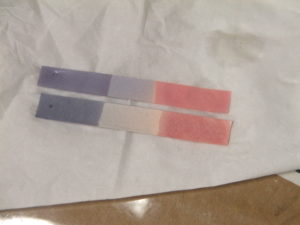 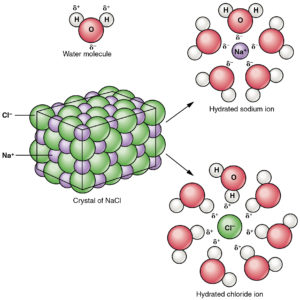 Dissociation is the separation of ions from an ionic crystal when a solid ionic compound dissolves in water. On the other hand, ionization is the process where a neutral molecule breaks into charged ions when dissolved in a solution. The extent of ionization depends on the strength of the bonds between ions and the extent of solvation of ions.

The three most important modern concepts of acids and bases are:

According to Arrhenius concept, Substances which produce H+ ions when dissolved in water are called acids while those which ionize in water to produce OH– ions are called bases. 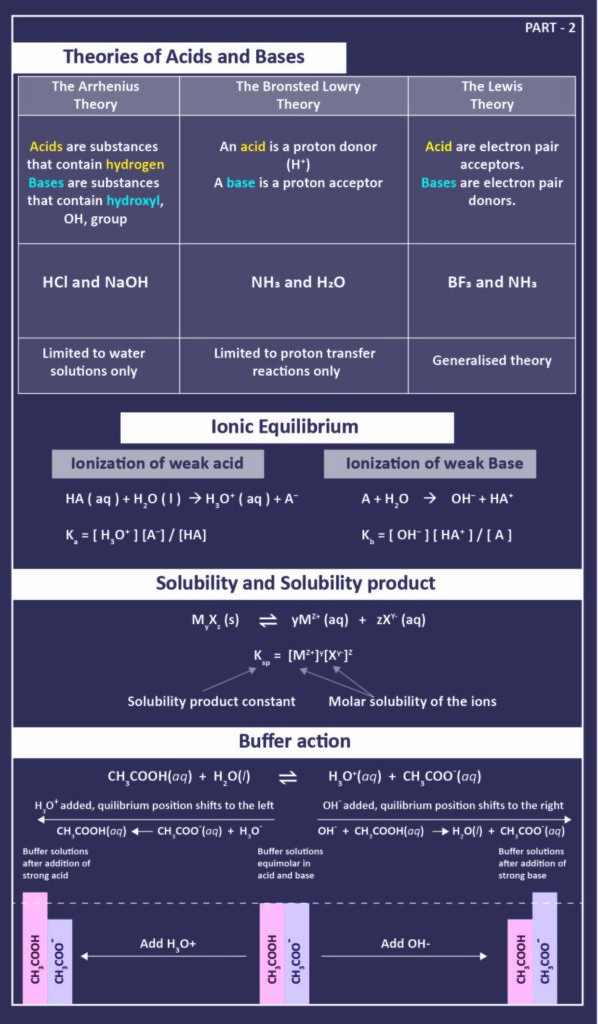 Bronsted and Lowry in 1923 independently proposed a more general definition of acids and bases. According to them, an acid is defined as any hydrogen-containing material (molecule, anion or cation) which can donate a proton to other substance and a Base is any substance(molecule, cation or anion) that can accept a proton from any other substance. Therefore, acids are proton donor whereas bases are proton acceptor. 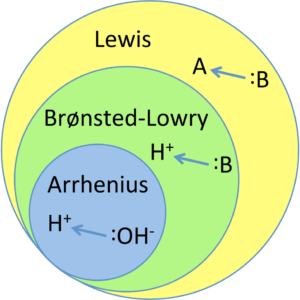 Acid-base pairs in which the members of reaction can be formed from each other by the gain or loss of protons are called conjugate acid-base pairs.

These reactions are showing clearly: When Aluminium hydroxide accepts protons, it acts as a base. When it accepts electrons, it acts as an acid. This Lewis acid-base theory also explains why non-metal oxides such as carbon dioxide dissolve in H2O to form acids, such as carbonic acid H2CO3.

Question: Whether the following ions or molecules can act as Lewis acid or a Lewis base?