Computers are an integral part of every part of human life. A computer in itself is a wide term. It includes various concepts, terms, and terminologies. It is very essential to understand each and every component of a computer and its terminologies to understand a computer as a whole. In this article, we will look at the most basic computer terminology.

CPU means ‘Central Processing Unit’. This is the place of computer data handling. Moreover, it does all the data manipulation, calculations and formatting data for output. Hence, whenever someone buys a computer he/she becomes more conscious about the CPU and its capabilities. 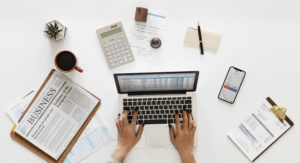 The execution of the instructions within the computer system is very fast. It measures it in cycles of time and refers it to as megahertz. That’s why the ‘Mhz’ of a computer’s processor is sometimes referred to as the clock speed. Think about CPUs (and aligned circuitry) beating like a heart, this pulsing/beating is expressed as “MHz” e.g. 2000Mhz.

Specifically, RAM stands for “Random Access Memory” or “Ready Access Memory”. It is a temporary notepad where your computer sends information to disk, or to the storage place of instructions from other input devices. The term “random access” indicates that memory locations in RAM are accessible in any order unlike sequential access of a data cassette tape.

Your computers hard disk drive is like an audio CD that you possess at home – except your computer can read and write to it. In other words, your computer can take data from your hard drive (to process it in the CPU or place it in RAM to work with).

Also, it can record the results of the work it does back to the disk, which is “writing to disk”. The abbreviation HDD stands for “hard disk drive”.

If you open your HDD, you would find a pancake stack on double-sided disks.

You can also read and write data in a floppy disk. Simply, it is smaller than HDD and portable – you can take it to another computer and read from it there also. Floppy disks are sometimes called “secondary storage devices”. They were known as ‘floppy’ originally because they were 5¼ inches in width and floppy. They could carry almost 720kb of data. Today, however floppy disks are smaller, rigid, and can carry more data like 1.44Mb.

Hardware is the term referring to all the physical parts in a computer system. It includes the monitor, the keyboard, the mouse, the main case which stores the RAM, CPU and the motherboard.

‘Software’ is the term which refers to the instructions needed to make a computer work. It is intangible in nature. The software is also known as a “program”. Also, it is a set of computer files which are used to perform various actions on the computer. You can have a program for ‘word processing’. The software can be transferred to a compact disk and floppy disks, but usually, sit on the computers hard drive waiting to be “run”.