When we study the many aspects of computing and computers, it is important to know about the history of computers. Charles Babbage designed an Analytical Engine which was a general computer It helps us understand the growth and progress of technology through the times. It is also an important topic for competitive and banking exams.

What is a Computer?

A computer is an electronic machine that collects information, stores it, processes it according to user instructions, and then returns the result.

A computer is a programmable electronic device that performs arithmetic and logical operations automatically using a set of instructions provided by the user.

People used sticks, stones, and bones as counting tools before computers were invented. More computing devices were produced as technology advanced and the human intellect improved over time. Let us look at a few of the early-age computing devices used by mankind.

Abacus was invented by the Chinese around 4000 years ago. It’s a wooden rack with metal rods with beads attached to them. The abacus operator moves the beads according to certain guidelines to complete arithmetic computations.

Pascaline was invented in 1642 by Biaise Pascal, a French mathematician and philosopher. It is thought to be the first mechanical and automated calculator. It was a wooden box with gears and wheels inside.

In 1673, a German mathematician-philosopher named Gottfried Wilhelm Leibniz improved on Pascal’s invention to create this apparatus. It was a digital mechanical calculator known as the stepped reckoner because it used fluted drums instead of gears.

In the early 1820s, Charles Babbage created the Difference Engine. It was a mechanical computer that could do basic computations. It was a steam-powered calculating machine used to solve numerical tables such as logarithmic tables.

Charles Babbage created another calculating machine, the Analytical Engine, in 1830. It was a mechanical computer that took input from punch cards. It was capable of solving any mathematical problem and storing data in an indefinite memory.

An American Statistician – Herman Hollerith invented this machine in the year 1890. Tabulating Machine was a punch card-based mechanical tabulator. It could compute statistics and record or sort data or information. Hollerith began manufacturing these machines in his company, which ultimately became International Business Machines (IBM) in 1924.

Vannevar Bush introduced the first electrical computer, the Differential Analyzer, in 1930. This machine is made up of vacuum tubes that switch electrical impulses in order to do calculations. It was capable of performing 25 calculations in a matter of minutes.

Howard Aiken planned to build a machine in 1937 that could conduct massive calculations or calculations using enormous numbers. The Mark I computer was constructed in 1944 as a collaboration between IBM and Harvard.

The word ‘computer’ has a very interesting origin. It was first used in the 16th century for a person who used to compute, i.e. do calculations. The word was used in the same sense as a noun until the 20th century. Women were hired as human computers to carry out all forms of calculations and computations.

By the last part of the 19th century, the word was also used to describe machines that did calculations. The modern-day use of the word is generally to describe programmable digital devices that run on electricity. 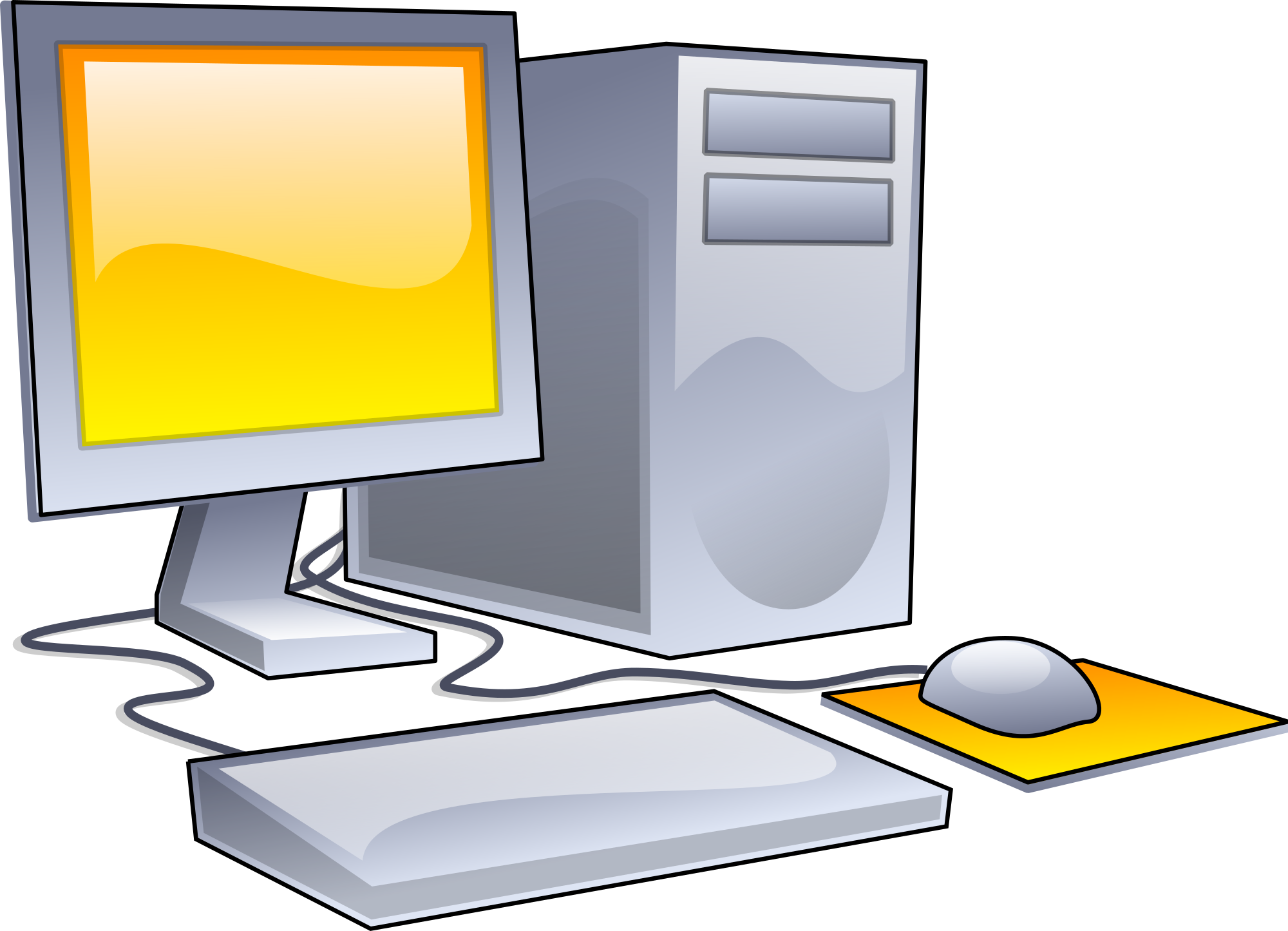 Since the evolution of humans, devices have been used for calculations for thousands of years. One of the earliest and most well-known devices was an abacus. Then in 1822, the father of computers, Charles Babbage began developing what would be the first mechanical computer. And then in 1833 he actually designed an Analytical Engine which was a general-purpose computer. It contained an ALU, some basic flow chart principles and the concept of integrated memory.

Then more than a century later in the history of computers, we got our first electronic computer for general purpose. It was the ENIAC, which stands for Electronic Numerical Integrator and Computer. The inventors of this computer were John W. Mauchly and J.Presper Eckert.

And with times the technology developed and the computers got smaller and the processing got faster. We got our first laptop in 1981 and it was introduced by Adam Osborne and EPSON.

The naive understanding of computation had to be overcome before the true power of computing could be realized. The inventors who worked tirelessly to bring the computer into the world had to realize that what they were creating was more than just a number cruncher or a calculator. They had to address all of the difficulties associated with inventing such a machine, implementing the design, and actually building the thing. The history of the computer is the history of these difficulties being solved.

1822 – Charles Babbage, a mathematician, invented the steam-powered calculating machine capable of calculating number tables. The “Difference Engine” idea failed owing to a lack of technology at the time.

1890 – Herman Hollerith, an inventor, creates the punch card technique used to calculate the 1880 U.S. census. He would go on to start the corporation that would become IBM.

1936 – Alan Turing had an idea for a universal machine, which he called the Turing machine, that could compute anything that could be computed.

1939 – Hewlett-Packard was discovered in a garage in Palo Alto, California by Bill Hewlett and David Packard.

1941 – Konrad Zuse, a German inventor and engineer, completed his Z3 machine, the world’s first digital computer. However, the machine was destroyed during a World War II bombing strike on Berlin.

1941 – J.V. Atanasoff and graduate student Clifford Berry devise a computer capable of solving 29 equations at the same time. The first time a computer can store data in its primary memory.

1945 – University of Pennsylvania academics John Mauchly and J. Presper Eckert create an Electronic Numerical Integrator and Calculator (ENIAC). It was Turing-complete and capable of solving “a vast class of numerical problems” by reprogramming, earning it the title of “Grandfather of computers.”

1946 – The UNIVAC I (Universal Automatic Computer) was the first general-purpose electronic digital computer designed in the United States for corporate applications.

1949 – The Electronic Delay Storage Automatic Calculator (EDSAC), developed by a team at the University of Cambridge, is the “first practical stored-program computer.”

1950 – The Standards Eastern Automatic Computer (SEAC) was built in Washington, DC, and it was the first stored-program computer completed in the United States.

1953 – Grace Hopper, a computer scientist, creates the first computer language, which becomes known as COBOL, which stands for COmmon, Business-Oriented Language. It allowed a computer user to offer the computer instructions in English-like words rather than numbers.

1954 – John Backus and a team of IBM programmers created the FORTRAN programming language, an acronym for FORmula TRANslation. In addition, IBM developed the 650.

1958 – The integrated circuit, sometimes known as the computer chip, was created by Jack Kirby and Robert Noyce.

1962 – Atlas, the computer, makes its appearance. It was the fastest computer in the world at the time, and it pioneered the concept of “virtual memory.”

1971 – The floppy disc was invented by Alan Shugart and a team of IBM engineers. In the same year, Xerox developed the first laser printer, which not only produced billions of dollars but also heralded the beginning of a new age in computer printing.

1973 – Robert Metcalfe, a member of Xerox’s research department, created Ethernet, which is used to connect many computers and other gear.

1975 – Popular Electronics magazine touted the Altair 8800 as the world’s first minicomputer kit in January. Paul Allen and Bill Gates offer to build software in the BASIC language for the Altair.

1976 – Apple Computers is founded by Steve Jobs and Steve Wozniak, who expose the world to the Apple I, the first computer with a single-circuit board.

1977 – At the first West Coast Computer Faire, Jobs and Wozniak announce the Apple II. It has colour graphics and a cassette drive for storing music.

1979 – WordStar, a word processing tool from MicroPro International, is released.

1981 – IBM unveils the Acorn, their first personal computer, which has an Intel CPU, two floppy drives, and a colour display. The MS-DOS operating system from Microsoft is used by Acorn.

1983 – The CD-ROM, which could carry 550 megabytes of pre-recorded data, hit the market. This year also saw the release of the Gavilan SC, the first portable computer with a flip-form design and the first to be offered as a “laptop.”

1984 – Apple launched Macintosh during the Superbowl XVIII commercial. It was priced at $2,500

1985 – Microsoft introduces Windows, which enables multitasking via a graphical user interface. In addition, the programming language C++ has been released.

1993 – The Pentium CPU improves the usage of graphics and music on personal computers.

1995 – Microsoft’s Windows 95 operating system was released. A $300 million promotional campaign was launched to get the news out. Sun Microsystems introduces Java 1.0, followed by Netscape Communications’ JavaScript.

1999 – Wi-Fi, an abbreviation for “wireless fidelity,” is created, originally covering a range of up to 300 feet.

2000 – The USB flash drive is first introduced in 2000. They were speedier and had more storage space than other storage media options when used for data storage.

2005 – Google acquires Android, a mobile phone OS based on Linux.

2007 – The first iPhone was produced by Apple, bringing many computer operations into the palm of our hands. Amazon also released the Kindle, one of the first electronic reading systems, in 2007.

2014 – The University of Michigan Micro Mote (M3), the world’s smallest computer, was constructed.

FAQs on History of Computers

Q: The principle of modern computers was proposed by ____

Ans: The correct answer is C.

Q: Who introduced the first computer from home use in 1981?

Ans: Answer is A. IBM made the first home-use personal computer.

Ans: The correct option is C.