Paragraph conclusions or paragraph inference questions forms a section of the reading comprehension.The main aim of this section is to check your ability to understand and read a given paragraph in a short span of time. These questions will present a paragraph and a set of sentences in the form of options. Out of these options, you will have to select the one that best describes the ideas present in the given paragraph.

Although reading comprehension will only get better and better if you practice more and more, you may be mindful of a few points while attempting this section. First of all, never overthink or draw conclusions. For example, consider the following paragraph:

There were many street dogs on her way to the school. They were all very vicious and had been known in the past to have bitten children of her age. When she returned home with a bite mark on her calf, it was clear to her mother what had happened! 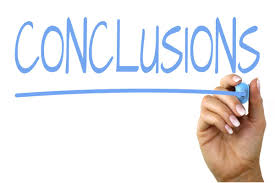 Which of the following most accurately represents the ideas presented in the paragraph?

A) The girl was afraid of dogs.

B) The dogs were very timid.

C) The girl was bitten by one of the stray dogs.

D) The girl was bitten.

Only draw conclusions when it is beyond doubt that the thought that you have concluded follows all cases from the paragraph. For example consider the same paragraph, only this time the options will be different.

Which of the following most accurately represents the ideas presented in the paragraph?

A) The girl was alone on the streets.

B)) The dogs chased the girl and bit her.

C) The girl was bitten by one of the stray dogs.

D) The girl’s mother was very angry at her.

Answer: So which one is it now? Let us examine each option carefully. Option A suggests that the girl was alone on the streets which may be true or not. The paragraph simply doesn’t talk about it.  Also, there is no clue or reason to believe it. So A can’t be the answer. Now let’s move on to B which says that the dogs chased the girl and bit her. Again, in the given paragraph, although one might infer that the girl might have been bitten by one of the dogs, it will be wrong to infer that they chased her first. This information is just not presented in the paragraph and shouldn’t be inferred from it.

Let us observe option C saying the girl was bitten by one of the stray dogs. This can be inferred from the paragraph. But we won’t select it yet unless we see every option. So let us move on to the last option D which again is something that can’t be concluded from the clues given in the paragraph. So the right option is C.

Q 1. Read the paragraph carefully and answer the questions at the end.

What if I told you that the moon was once present right here on the surface of the earth! Well not exactly in the form that you see now, but for many years there was the hypothesis that in a destructive event of gigantic proportions, the moon was actually part of the earth that just separated from it. maybe the earth collided with another ancient planet that doesn’t exist anymore or a huge meteor or comet just snapped part of the earth after it collided with it. It is possible but is that what actually happened. Many scientists argue against it and propose a different hypothesis that the moon was formed by the debris leftover after the formation of the earth.

According to the author, how was the moon formed?

Ans: C is the correct option.

Q 2. Read the following passage and answer the questions at the end.

The Bible, many believe is the word of God. But scientists that include many reputed Physicists and Biologists refute that claim. In fact, science refutes the claims of almost all religions as being divine. The superstitions and miracles of the religious are equally ridiculed by science via the scientific community. In the words of a great Physicist, Steven Weinberg, it is corrosive of religion.

What is meant by the phrase “It is corrosive of religion”?

Ans: B is the correct option.