Paragraph fillers test the reading comprehension of the candidates. A paragraph of three or more lines is given here. Following the paragraph are four sentences that will either sum up the paragraph or make it meaningful in one way or the other. The sentences summarise or steer the paragraph in a given direction. Let us see with the help of the following sections. The basic thought here is that a paragraph contains one coherent thought.

Paragraph Fillers are a new section in the banking exams. Let us see the first kind of examples where the paragraph fillers go at the end.

Answer: As more and more advancements in science are made, the average lifespan of humans will keep increasing. Well, this is an obvious choice as the paragraph talks about medieval times, then the present and naturally will have to move into the future. Also, all the other options are less appropriate as the ending of the paragraph. 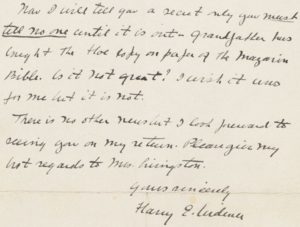 Example 2: Galileo was persecuted by the Roman Catholic Church, to the point that he was put under house arrest and his books were banned. When the great physicist, Dr Stephen Hawkings was invited to the Vatican, it is said that the Pope asked him what did he wish to see? The Physicist answered, “ The trial records of Galileo”. __________________.

Answer: The first option could be an answer but let us see if there are any better options to pick. The second sentence is not coherent with the train of thoughts in the paragraph. The third sentence is also not much relevant. However, the fourth option seems to sum up the idea presented in the paragraph. The idea that science and religion are incoherent. Thus the answer is 4.

If the sentence has to go at the end then it is most probable that it will sum up the idea presented in the main paragraph. It should not contradict it as that would make it a part of a different paragraph. However, the sentences that go in the middle are asked too.  Let us see an example:

Example 3: Kashmir is one of the most beautiful places on Earth. It has something for everyone. _______________________. The white snow-capped mountains, the crystal clear and cool springs, the red chinar trees, the meadows filled with flowers, and fruit-bearing tree orchards are a sight to behold! One should visit this paradise on earth, at least once in his lifetime.

Answer: Let us begin considering each sentence in the options. But first, let us see what the paragraph is talking about. The paragraph talks about Kashmir and how it has “something for everyone”. This is the central idea presented in the paragraph and the option that you choose must be coherent with this. Now let us analyze the options one by one.

The first option seems correct. It builds on the idea presented in the main paragraph. The second sentence, is correct but doesn’t contribute to the idea of the paragraph and is not to be considered. Similarly, the third and the fourth sentence are both correct but don’t seem to flow with the central idea of the paragraph. Hence the first option is correct.

First, it spins a web in the shape of a bell. Then it fixes it to plants under the water. Next, it swims up to the top of the water and traps a tiny bubble of air with its hairy back legs. It drags the bubble to its web. And does this many times until its home is full of air.___________________.

Ans: 4) Then it sits nice and snug in its web and feeds on tiny fish and other water animals.

Q 2: She opened a Christmas package given her by friends before she sailed. ____________. The boat was making only a half a knot, so she ran the engine for a while, and this improved her spirits. She decided to run it a little every day while the calm lasted. It kept the engine from corroding, and the sound was good for her morale.

Answer: 1) The greetings, cards, and small gifts not only failed to cheer her but also made her feel more lonely.