This section is on the National Sports Events of India. The topic is of utmost importance in the general awareness section. The topic contains a glossary or listing of the important sporting events of the past or even of the present. Sports has been very close to the people of India and thus finds its importance in the culture of the country.

In India, sports have always had a primal importance. India hosted the Asian Games in New Delhi in 1951 and 1982. The Ministry of Youth Aﬀairs and Sports was initially set up as the Department of Sports in 1982 at the time of the organisation of the IX Asian Games in New Delhi. Its name was changed to the Department of Youth Aﬀairs & Sports during the celebration of the International Youth Year in 1985.

India has also hosted or co-hosted several international sporting events, including the 1951 and the 1982 Asian Games, the 1987 and 1996 Cricket World Cup, the 2003 Afro-Asian Games, the 2010 Hockey World Cup, and the 2010 Common-wealth Games. Major international sporting events annually held in India include the Chennai Open, Mumbai marathon, Delhi Half Marathon, and the Indian Masters. The country co-hosted the 1987, 1996, 2011 Cricket World Cup and the ﬁrst Indian Grand Prix in 2011.

India has hosted or co-hosted several international sporting events, including the 1951 and the 1982 Asian Games, the 1987 and 1996 Cricket World Cup, the 2003 Afro-Asian Games, the 2010 Hockey World Cup, and the 2010 Commonwealth Games. Major international sporting events annually held in India include the Chennai Open, Mumbai Marathon, Delhi Half Marathon, and the Indian masters. The country co-hosted 1987, 1996, 2011 Cricket World Cup and the ﬁrst Indian Grand Prix in 2011. [Source: researchgate]

India is remarkable among nations for having won very few Olympic medals, despite a population exceeding one billion, around half of them under the age of 25. Numerous explanations have been oﬀered for the dearth, including poverty, malnutrition, widespread vegetarianism, neglected infrastructure, the lack of sponsorship, the theft of money and equipment, political corruption, institutional disorganization, social immobility, the predominance of cricket, and other cultural factors.

According to several informal statistics, India is the country with the lowest number of total Olympic medals per capita (out of those countries which have won at least one medal). In the Winter Olympic Games, India has seen four consecutive representations – Nagano (Japan, 1998), Salt Lake City (Utah, USA, 2002), Turin (Italy, 2006), and Vancouver (British Columbia, Canada, 2010). Shiva Keshavan, Asian Champion in luge represented India in all four winter games.

The National Game Of India 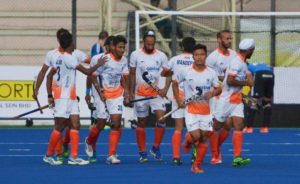 Field hockey was considered to be the national game of India, but this has been recently denied by the Government of India, clarifying on a Right to Information Act (RTI) ﬁled that India has not declared any sport as the national game.

India has hosted two Hockey World Cups. One in 1982 in Mumbai, and another in 2010 in Delhi, where they ﬁnished ﬁfth and eighth respectively. India also hosted the annual Hockey Champions Trophy in 1996, 2005 and2014. Until 2008, the Indian Hockey Federation (IHF) was the apex body for hockey in the country.

A new apex body for Indian hockey, Hockey India (HI) was formed on 20 May 2009. It has support from the IOA and former hockey players. HI, recognised by the International Hockey Federation (FIH), has the sole mandate to govern and conduct all activities for both men’s and women’s ﬁeld hockey in India. Although the IHF was reinstated in 2010, it is not recognised by the FIH. The IHF conducts a franchise based tournament called the World Series Hockey (WSH), with its ﬁrst season conducted in 2012. However, it is no approval by HI or the FIH.

Q 1: Which is the National Game of India?

Q 2: Which year did India win its first world cup in cricket?