A volcano is one of the most unique natural occurrences of the planet earth. Further, the entire phenomenon is a dangerously beautiful sight that has been one of the most researched topics for climatologists and scientists worldwide. Moreover, some of the most iconic mountain peaks strewn all over the world are home to volcanoes that caused incidences of great historical and geographical importance since Planet Earth came into existence. Thus, we will learn how to make a volcano in this article. 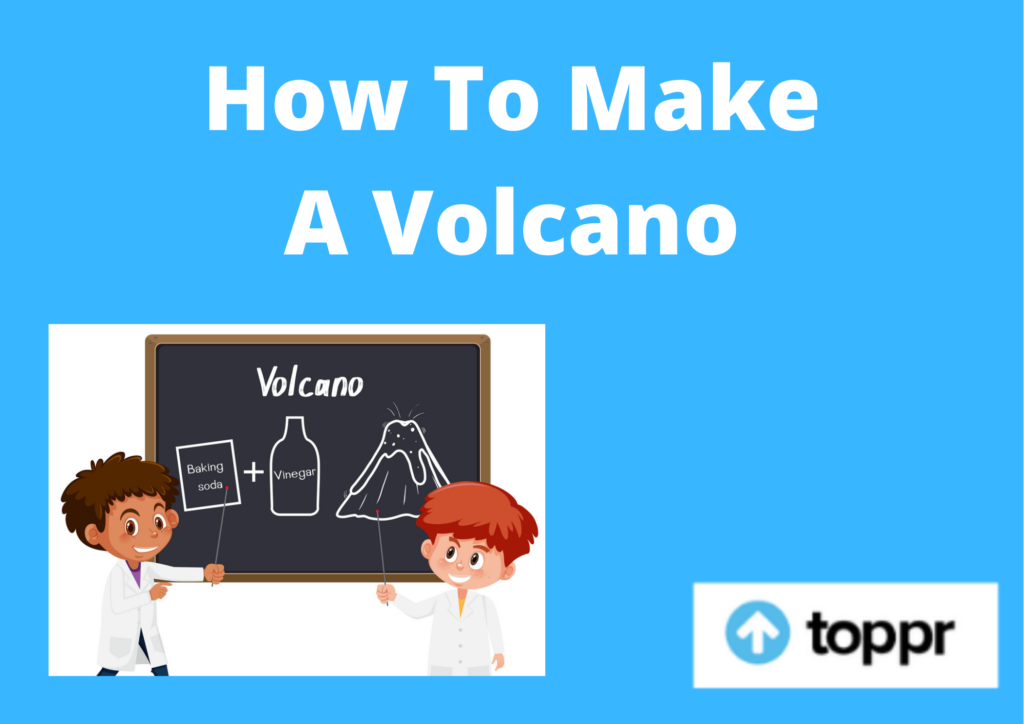 Introduction to How to Make a Volcano

What Do you Need for the Experiment?

The experiment consists of two components: 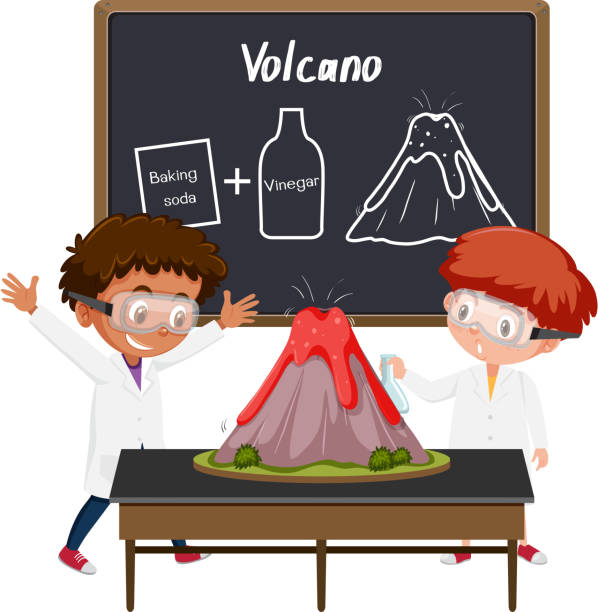 Experimental Procedure of How to Make a Volcano

The plastic bottle is precisely cut along the middle and shaped into a conical form like a volcanic peak. Secure the cone in place with the cello tape firmly. For a better and more homogeneous look, glue the paper strips to the bottle design. Finally, it gets a proper conical shape like a mountain peak.

It is double ensured that the base of the conical-shaped bottle is well secured. Seal it by using tapes for extra protection. Now, wait for the glued papers are dry and the bottle to be stable enough to not wobble on a flat surface when you place it. Finally, it is time to create lava.

To add a bit of a more realistic appeal to the experiment, one can give a nice rough shape and appearance to the conical peak. Thus, take paper mache and glue mix and also colour the peak well. Black and brown are the perfect colour backdrop for a lava flow to look prominent.

Approximately 4 to 5 tablespoons of Bicarbonate soda is ideal for the experiment. First, mix the food colour with vinegar and keep it aside.

Using a funnel drop the bicarbonate soda evenly at the bottom of the container. Once they are evenly distributed it’s time for the most crucial segment. The main catalyst of the volcanic reaction i.e the Vinegar.

Using the same funnel quickly pour the dyed vinegar into the bottle and remove the funnel as soon as possible.

Within a few seconds of interaction between the bicarbonate powder and the vinegar solution, there is a massive effervescence that causes the excessive coloured foam to erupt out and flow alongside the conical body of the mountain lookalike bottle.

The Conclusion of the Experiment on How to Make a Volcano

Even though the experiment doe not reenacts the exact volcanic reaction that occurs naturally. However, it gives a basic idea about what Lava looks like when it erupts.

Volcanic eruptions can occur both on land and water. Moreover, the pacific ring of fire is a famous geological hotspot. It consists of volcanic locations both on the surface as well as underwater.

Magma is the actual compound that is present deep inside the earth’s surface which on eruption is called Lava.

There are over 1500 volcanoes all around the world. While some are dormant, there are many that are active and are in a constant state of eruption.

Magma reaches the surface and erupts into hot liquid lava through the lava tubes that run from the Earth’s magma to the surface.

FAQ on How to Make a Volcano

Question 1: What are the effects of Volcanic Eruption?

Answer 1: In addition to excessive spewing of poisonous gases and substances on the surface, Volcanic eruption can cause massive destruction in form of lives as well as infrastructure.

Answer 2: Volcanic eruption brings numerous harmful gaseous compounds to the surface along with hot bubbling chemicals. Moreover, the lava has a drastically high melting temperature that can cause severe damage. In addition, the lighter solid particles can flow for hundreds of miles and cause breathing and skin problems in humans and wildlife alike.